MINDEMOYA—Central Manitoulin council has given authority for the municipality to spend up to $70,000 to remove the mould from a section of the Mindemoya community centre and for the work to not interfere with any booked events in the building.

At a meeting last week, council reviewed a recommendation from the municipal property committee which states in part that council approve the unbudgeted expense required to proceed with the mould abatement procedure for the Mindemoya Community Centre, as outlined by Tulloch Engineering.

“I want to amend the wording in the motion,” said Councillor Steve Shaffer, outlining that council authorize municipal staff to investigate the mould abatement being carried out at a cost up to $70,000 and that this work not interfere with any events already booked at the community centre.

“It is clear, but I don’t want the dollar value put in the motion,” said Councillor Rose Diebolt.

Councillor Johnston agreed but said, “I hope the actual cost of the work is less than $70,000 but we have no choice, the work needs to be done. I’m okay with either motion.”

Mayor Richard Stephens explained that by putting a dollar figure on the amount of money the municipality is going to spend, it helps to outline that the contractor must stay within this cost range.

“In the memo we received from staff, it states the cost of the remediation work is estimated at between $50,000-$60,000,” said Councillor Derek Stephens. “Steve is saying the figure of $70,000 could be used if the dollar value is a little larger. But I’m wondering if we are setting a precedent in taking money from other projects for the community centre for this mould work. The Lions room, where the mould is located, has not been used for years. I can’t support the motion without a dollar amount on it.”

Councillor Dale Scott agreed the motion should have a dollar figure attached for the work to be carried out. “It’s just a guess as to what it is going to cost. I agree the dollar figure is fluid, but if the actual costs are way out of line, we will have to look at it again. I am not in favour of putting other projects on the shelf for a year or two to do this one.”

“I would like to get the room fixed,” said Councillor Scott who explained, “during the pandemic, the Lions Club was not meeting in the room at all. There was no humidity control on in the room and this is what caused the mould.”

Councillor Al Tribinevicius said the room has to be fixed and the municipality has to find money from somewhere to make it happen.

“It makes people (bidding companies) more accountable if we indicate  the dollar figure we have for the project,” said Mayor Stephens.

Council was also informed the amount being estimated for work on the mould issue is over and above what the budget is for the facility and other work projects that are planned for the building.

“The consultant said the work is required at the Lions room if we want to use the building,” said Mayor Stephens.

Council agreed to amend the motion, that council authorize staff to proceed with the mould remediation as recommended by Tulloch Engineering up to a cost of $70,000 and the work not interfere with any currently booked events at the Mindemoya Community Centre. The only vote cast against the motion was cast by Councillor Derek Stephens. “I’m opposed to the motion. I don’t want to spend this money.” 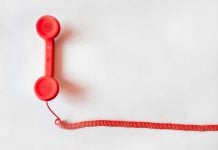