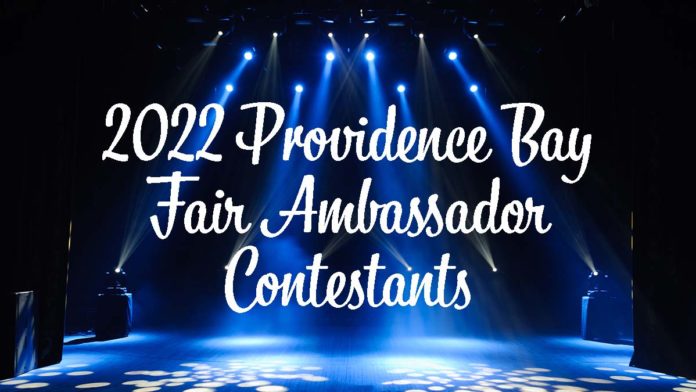 Amber Wahl, who is 19 years old, has light brown hair and brown eyes. This fall she will be attending her third year of studies at the University of Ottawa/L’Universite d’Ottawa in honours criminology with a minor in conflict studies and human rights.

In her time off Amber likes to coach basketball in Providence Bay, read, write, volunteer in her community (specifically with Special Olympics) and spend time with family.

“My mother, Kathy Wahl,  has been a major influence/role model as she has always shown me the value of hard work and standing up for what I believe in,” said Amber. “Angela Johnston, as well, as she has always been a strong presence in the community and encouraged me to pursue my interests regardless of barriers from societal pressures.”

As for her favourite thing about Manitoulin Island Amber said, “the pureness of the nature and the landscape around us. I enjoy and cherish the sense of community we share and the hardworking nature and support from my fellow community members.”

“Winning Ambassador would mean a great deal to me,” said Amber, who is being sponsored by Wahl Water. “My community has given me a great deal and I see this as an opportunity to give back to the community, support those working in the agricultural sector and be a voice for my community.”

Whittier Gauthier is 18 years old and lives in Little Current. She has blonde hair and blue eyes. This fall she will be attending her first year of university at the Ontario Institute of Technology.

In her time off, Whittier like baking, painting, fishing, baseball and hockey.

“My dad, Chris Gauthier,” said Whittier in describing who has been a major influence/role model in her life. “He works in a high stress job and still comes home everyday in an amazing mood and ready to hangout with everyone. He has also accomplished his dreams and made it through school being in the top of his class. I really want to strive to be like him.”

“My favourite thing about Manitoulin is the ability to be close to people and have a great sense of community and then, at the same time, be able to get away and have your own personal oasis,” said Whittier.

Whittier, who is sponsored by Little Current Guardian Pharmacy, said winning the title of Ambassador of the Fair, “would mean a lot to me as I have a bit of a fear of speaking in front of people. I want to be able to show everyone, and most importantly myself that I am more than that fear and am able to conquer my fears.”

Malia Leighton is 19 years old and has brown hair and brown eyes. This fall she will be attending her second year of studies at St. Thomas University. In her time off she likes to spend time outdoors, boating, paddle boarding, waterskiing, hiking and hunting.

As for a major influence/role model in her life Malia said, “my mom (Terri Lynn Leighton). She has always inspired me to be my best self and go for the things I want. I’ve always admired her kind and giving personality.”

“The beautiful sunsets and scenery, and the many lakes,” Malia said of her favourite things about Manitoulin Island.

Winning the Ambassador of the Providence Bay Fair, “would mean that I could be a role model for youth and to be heard using my voice. I would also be honoured to represent Providence Bay and Manitoulin Island,” said Malia, who is being sponsored for Ambassador Fair by Rob Dearing and Sons.

Seventeen-year-old Katelyn Lentir has brown hair and brown eyes. She will be starting Grade 12 at Manitoulin Secondary School this fall.

In her time off, “I like to wood burn, read and go watch sunsets,” said Katelyn.

As for a major influence/role model in her life, Katelyn said, “my grandfathers. They were very talented in their own way, whether it was musically or artistically. They were both hard workers.”

“The open land and being surrounded by trees and animals,” Katelyn says are her favourite things about Manitoulin Island.

Winning the Ambassador of the Providence Bay Fair, “would be a wonderful experience to say how much I love the Island and how peaceful it is to live around nature,” said Katelyn who is being sponsored by Mindemoya Home Hardware.

Seventeen-year-old Mary Hore of Gordon/Barrie Island has brown hair and brown eyes. She will be attending her first year of college at Cambrian College this fall.

In her time off Mary “likes to kayak, swim, boating, skiing and snowshoeing. I like to research things that interest me in the moment.”

Mary listed her mother as being a major influence/role model in her life. “I see how she raised eight kids, still does fishing with my dad, works her own job and babysits her grandchildren when she isn’t at work. I want her energy when I am done college.”

As for her favourite things about Manitoulin, Mary said, “being surrounded by nature and the country. Having my own free time.”

For Mary, winning the Ambassador Fair competition, “would mean a great experience, being a role model for future Islanders who want to compete. It would show me who I am for the Island, and as a person,” said Mary, who is being sponsored in the competition by Purvis Fish and Chips.

Odemin Beaudin, a 17-year-old from M’Chigeeng First Nation, has brown hair and brown eyes. She will be attending Grade 12 at Manitoulin Secondary School this fall.

In her time off, “I enjoy spending time with my dogs, painting and drawing, going to ceremonies, powwows, and being with family and friends,” said Odemin. She said, “my sisters have been a major influence in my life, I have always looked up to them growing up.”

As for her favourite thing about Manitoulin Island, Odemin said, “I enjoy the beautiful scenery. I enjoy going for walks with my dogs and being surrounding by all of the Indigenous communities and my culture.”

“Winning the Providence Bay Fair Ambassador competition would be a great experience,” said Odemin. She is being sponsored in the competition by Beam Paints.

McKenna Grace Barnes, who is 17 years old, lives in Little Current. She has brown hair and blue eyes. This September she will be attending Grade 12 at Manitoulin Secondary School.

In her time off, McKenna enjoys reading, painting, kayaking and spending time with friends and family.

“A major role model in my life is my aunt Tracy. She has taught me how to be kind but also strict when needed,” said McKenna.

McKenna added, “my favourite thing about Manitoulin Island is the sense of community throughout everyone here.”

“Winning Ambassador of the Providence Bay Fair would bring me a great deal of joy to represent the Island,” said McKenna. She is sponsored in the competition by Auto Parts North. 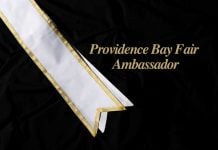 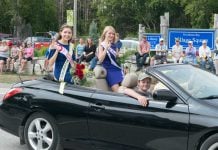 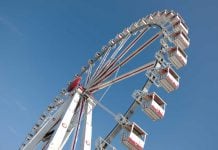 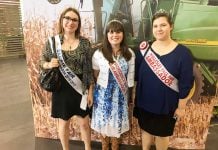