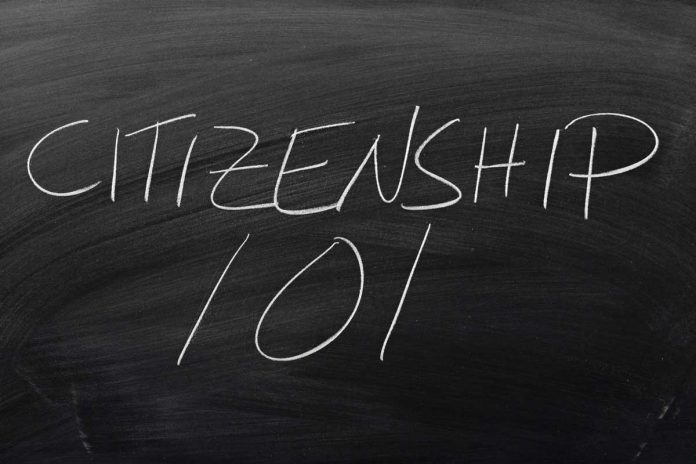 An observer of the current state of civil discourse could easily be forgiven for thinking that such debate has taken a severe turn downward, borne to a hotter place well-ensconced in a conveyance often constructed of wicker. But that observer would be, mostly, wrong.

Uncivil discourse has been a hallmark of partisan politics since long before the days in which Greek citizens could inscribe the name of the person they wanted banished outside of the city walls onto a piece of pottery—them that collected the most votes would be sent packing for a decade. Now there is an aspect of democracy many would like to see return to practice. It is a fair bet that most of today’s political leaders would be hoofing it to the hinterlands in short order were ostracism still an option—it was often a sort of anti-populist insurance against divide and conquer.

But when it comes to slagging one’s opponent with unfair and scurrilous accusations, well in politics that is nothing new. That is why there are rules governing how MPs can interact within the House of Commons, where MPs are largely immune to many of the range of civil remedies available in the private world.

So comes the seemingly bizarre situation that unfolded this past week, with Jagmeet Singh being banished from the House for calling another MP a racist—by a member of his own party no less. Algoma-Manitoulin-Kapuskasing MP Carol Hughes was fulfilling her role as Deputy Assistant Speaker when the offending comment directed by her party leader at Bloc Quebecois MP Alain Therrien, who had refused unanimous assent to the NDP leader’s motion recognizing that there is systemic racism within the RCMP and calling on the government to take specific steps to address it. As is parliamentary custom, Ms. Hughes ordered Mr. Singh to apologize. Her ruling was upheld when Speaker Anthony Rota returned to the chair and Mr. Singh was banished from the chamber.

Although it has widely been reported that Mr. Singh was banished from the House for calling another MP a racist, something that Mr. Singh willingly admits and in fact has since doubled down on both inside and out of the House, he was not banished for calling Bloc Quebecois MP Alain Therrien a racist. He was banished from the House for not following the direction of the chair—the Speaker of the House—who had ordered him to apologize.

There are many times in life when processes seem to meander into the absurd, but it is the heated environment of the current outrage being expressed against racism that is obscuring the facts. As wild and woolly as the House of Commons is wont to be, there are rules and regulations set in place to hold a lid of civil discourse at least somewhat in place.

It isn’t to say that Mr. Singh is wrong in his assessment of the character of Mr. Therrien, or that he is right for that matter—in the context of the situation that point is moot.

In a weird quirk, however, Mr. Therrien refused consent because he said he believed that the matter should be discussed at the public safety committee—a position proposed by the NDP itself. Had Mr. Therrien actually said or done something racist, Mr. Singh could have challenged him before the Speaker. He didn’t and Mr. Singh did not.

In fact, name calling, including hurling “racist” at another party’s MP, is nothing new and usually passes unremarked. Getting tossed out of the House is also nothing unusual, the redoubtable Ed Broadbent might even hold the record in that regard—his tally for being tossed chalked up at three.

In short, much of what transpired on this tempest is political theatre, on all sides.

It’s a shame that passes for a day’s work well done better than civil and constructive debate—but as evidence of systemic racism (which most definitely does exist), Mr. Singh’s banishment, for all its emotional and valiant baggage, falls decidedly short.