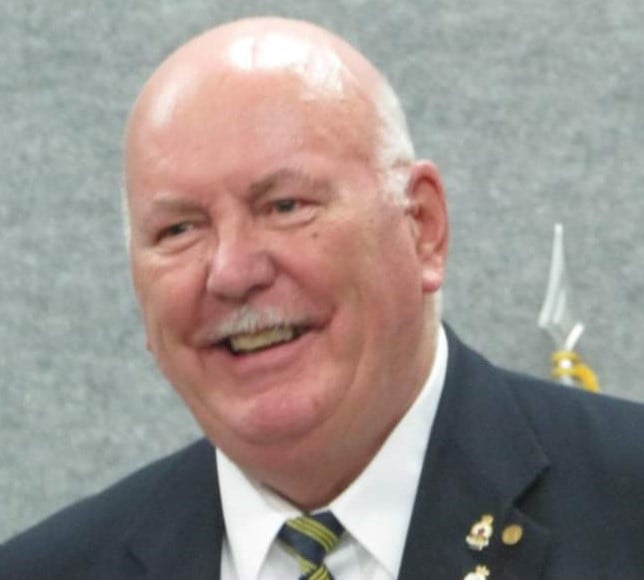 DONALD MCDOWELL WATSON
Donald McDowell Watson passed away peacefully on Thursday, July 1, 2021 in his 84th year. Survived by his son Donald Irvine Watson (Helene); daughters Donna (Bob) Foster, Gail (Bill) Montrie and Jackie (Rick) Burntnick-Smith; grandchildren Meagan, Samantha, Steven, Kathleen, Christine and Kate and their spouses; 12 great-grandchildren and special friend Margaret Witty. Predeceased by his wife Sarah Jane and their son Alexander. Donald spent his early years in his hometown of Barnard Castle, Co. Durham in England. He spent time in the British Army where he met the love of his life Sarah Jane. They moved to Canada in 1968 after the loss of their oldest son for a fresh start. Donald joined the O.P.P in 1969 and Badge #3971 retired in 1995 after a distinguished career that saw him posted to Downsview, Gore Bay, Sturgeon Falls and finally North Bay. He moved “Home” to Manitoulin Island in 2005 after losing Sarah Jane, where he had a Camp at Emery Road. There he loved to have the family gather for a good old fashioned sing song around the campfire, and where he enjoyed hunting with his family and good friends. He was a very proud granddad last year when his great- grandson Mayson joined him at camp to make it four generations of Watson men (and women) hunting together. He was a proud Legionnaire and held many offices at Branch, Zone and District level, he was a life member of Western Manitoulin Branch 514 and past Zone Commander of Zone H2. “Papa Don” to many of his children’s friends, he had a magical way of always creating a calm and safe space where you could be who you were and not feel out of place, ignored or like you didn’t fit in. He believed in inclusivity and had a way of making you feel at ease. He was a gentleman’s gentleman. Don got along with everyone and always left you feeling you were loved and valued. A true Knight in Shining Armour, his quiet wisdom and steady guidance will be missed. At Don’s request, cremation has taken place. A memorial service will be held at a later date. Memorial donations may be made to the Diabetes Association or the Royal Canadian Legion Branch 514 as expressions of sympathy, and may be made through SimpsonFuneralHome.ca.