MANITOWANING— There were a lot of wide smiles assembled outside Assiginack Public School on the afternoon of Wednesday, September 9, as representatives of Eastlink handed over a cheque for $1,000 to the school for use in their 21st Century classroom project.

Eastlink technical manager for Manitoulin and the Bruce Peninsula Brad Ham and cable repairman Terry Moggy were on hand to pass over a giant cheque, accepted by the school’s Grade 8 class on behalf of their schoolmates.

“This is definitely a beautiful day,” said Mr. Ham as he and Mr. Moggy joined the students in front of the school. “This is certainly one of my favourite jobs.”

“We were thrilled we were chosen by Eastlink to be the charity,” said Assiginack Public School Principal Maria Bouwmeester. “We are very thankful to Eastlink and to Mr. Moggy.”

Principal Bouwmeester said that the donation from Eastlink began its genesis following a Christmas ball project, initiated by Assiginack employee Jackie White and explained how Eastlink became involved to assist with the project. “Jackie approached (teacher) Heather Pennie to see if the students would put up Christmas balls on a large tree as a community project,” she explained.

The Grade 7 and 8 students began researching various Christmas decoration designs that they could make and then taught the designs to the younger students who created the Christmas balls. But a snag in the tree, one of the largest to be found in town, quickly became apparent.

“They quickly realized that the balls would not reach very far up in the tree,” said Ms. Boumeester, “so the township approached Mr. Moggy and Eastlink to see if they could help out.”

The company lost no time in coming to the rescue in the person of cable repair person Terry Moggy and his “cherry picker” boom truck. Mr. Moggy gathered up the Christmas decorations in a cardboard box, including some of those already hung that students wanted to see set higher in the tree, and deftly maneuvering his bucket up and down the length of the tree set them in place to provide an impressive Christmas spectacle.

“It is ambassadors like Mr. Moggy who raise the bar and indeed serve as a goodwill ambassador on your behalf,” said Rainbow District School Board Trustee Larry Killens in his letter of support for the cable company entry in the contest, outlining the efforts of Easlink employee Mr. Moggy. “No man stands so tall when they stoop to help a child and that is just what he did,” wrote Mr. Killens. “No one missed the well-marked and labelled Eastlink vehicle. I have photographs, as I believe every citizen in town has, of Terry going about his kind act. Thanks from me for hiring quality people.”

The Tuned-In Canada contest, an initiative of the Canadian Cable Systems Alliance, received over 17,000 votes from across the country for their 2015 edition of the contest. The Eastlink winning entry was in the I Heart Community Building/Public Service category. The other shortlisted nominees in this category were: Delta Cable (BC) for Christmas Toy Drive; Cable Cable (ON) for the Kawartha Lakes Boys and Girls Club and Execulink Telecom (ON) for Annual Fundraising.

Assiginack councillors Les Fields and Hugh Moggy joined Mr. Killens in witnessing the cheque passing and congratulating the students and Eastlink in celebrating the occasion.

Eastlink producer Amanda Pride was also on hand to film the presentation and to interview some of the students about the project. 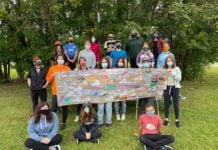 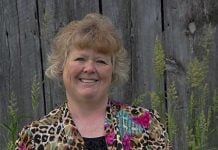 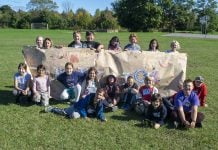 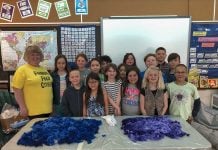 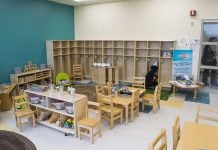 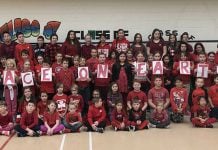