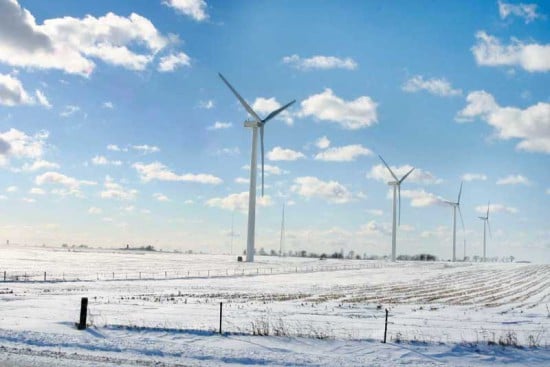 I am writing in response to Franklin Pabomsai’s letter entitled, ‘Join Me in the Circle of Respect: An Open Letter to My Non-Aboriginal Neighbours’ (January 30, page 4).

While Mr. Paibomsai’s letter has noble and redeeming qualities that appear worthy of a great chief like Chief Joseph or the great orator Chief Seattle, there are some significant points missing from Mr. Paibomsai’s message to his non-aboriginal neigbours. Certainly, when the chair of the United Chiefs and Councils of Mnidoo Mnising (UCCMM) and Chief of the Whitefish River First Nation (WRFN) writes a letter, one can certainly expect a response from grassroots people such as myself.

I am Shiibassige Nii Ni, a grassroots members of the Anishnabek Nation—one of many grassroots members to whom First Nation Leaders are accountable. I am a member of the Bird Clan, the head of this clan is the Eagle. My Anishnabek name means “Light that shines through the dark clouds.” I have a responsibility and obligation to try live up to the qualities and meaning of my Anishnabe name. My response to Mr. Paibomsai’s “open letter” is as follows.

Indeed, Mr. Paibomsai professes his great love and respect for mother earth, but at the same time is a (UCCMM) senior signatory to the largest industrial wind farm deal in the history of Manitoulin Island. This deal between UCCMM) and Northland Power Inc. (NPI) was apparently signed in February of 2011. Regardless, this deal has not only shaped, in a negative way, the physical landscape of this great spirit island called mnidoo mnising, but it is also a deal that has profound negative long term health effects on “…all our relations”—a term that might be familiar to Mr. Paibomsai. I would like to ask, would Tecumseh, Geronimo, or Chief Seattle broker such a deal that would have such profound effects among the sacred places of creation and on mother earth as a whole? I would think not! Ultimately, this would be seen as blasphemous behavior and that such actions would be in direct opposition to their roles as great leaders in addition to being a blatant violation of their worldviews and socio-political structure. To even bend a blade of grass is to offend the Creator. This is how sacred “land” is relative to First Nation culture and to the great indigenous leaders of yesterday.

The UCCMM and the NPI deal, to which Mr. Paibomsai and other UCCMM chiefs are signatory, has contributed to the destruction of trees that are our elder brothers and keepers of the great medicine wheel teachings. The deal will destroy the homes and habitat of our wise ones, moles, bats, burrowing creatures and the winged ones, not to mention the negative low frequency health effects that industrial wind turbines (ITWs) will have upon humans and our elder brothers and sisters, the animals. I am not absolutely convinced that UCCMM, including the community of Birch Island, had been adequately consulted in the deal between UCCMM and NPI. This, in light of the chief’s expectations that Canada has a “duty to consult and accommodate” the First Nations regarding economic development in First Nation territory. Mr. Paibomsai used these exact words when the NPI deal was first proposed to the UCCMM chiefs. Such words proved to be prophetic.

The other point in Mr. Paibomsai’s “open letter to his neighbors” is that he speaks of his pride especially for the youth. This in light of professing his great respect and pride for youth and culture? Children/youth are gifts from the Creator. It is the Creator who in turn has entrusted the parents to provide the love and care to children and to be responsible for the safety and wellbeing of the child’s upbringing. This is a traditional view of the child and parental responsibility in a sacred context. In addition, it is most unfortunate that the NPI and UCCMM deal will have long-term effects on generations of children to come. These include loss of land use, loss of hunting rights, long term low frequency noise, the negative effects on wildlife and migratory birds and nesting areas, all of which diminish and erode, in my view, the human spirit. Certainly effective community consultations would have brought such issues to the foreground. As mentioned, such consultations were limited to non-existent among UCCMM communities. Overall, such action not only affects aboriginal peoples but non-aboriginal people as well, as some non-aboriginal people have homes which are located near or very close to the proposed IWT site. So when Mr. Paibomsai requests to join him in a circle of respect and when such a request is directed to his non-aboriginal neighbors, the above mentioned issues must be taken into consideration.

Mr. Paibomsai mentions the Idle No More (INM) movement. Certainly historic and contemporary euro-western legislation in addition to outright acts of assimilation and genocide of indigenous peoples are the backdrop to the INM movement. This is historic fact. What the INM movement has done is garnered significant non-aboriginal support nationally and internationally. As a result of the INM movement, there is a heightened awareness of the issues among our non-aboriginal brothers and sisters. This in the midst of historical injustices perpetrated against Aboriginal people in Canada. Certainly indigenous issues are indeed Canadian issues. What has to occur now is not to block more roads and railways, but to engage Canada in a dialogue in a bid to create an education campaign designed to educate both aboriginal and non-aboriginal alike, as with knowledge comes understanding. Blocking roads and railways may be seen by many as counter-productive to the INM cause and counterproductive to the non-aboriginal support already obtained through the INM movement. As a result of the INM movement, aboriginal people must not become a reactive people as has been the case historically. Rather, aboriginal people must begin a dialogue in an intellectual cultural capacity and become proactive members amongst themselves with a strong but unified voice in the wilderness of Canadian democracy. Certainly, this educative dialogue must also include our non-aboriginal neighbors. Education is indeed key!

Finally any leader, aboriginal or non-aboriginal, will be subject to criticism when in the eye of the hoi polloi. Certainly the issues associated with Mr. Paibomsai will continue to follow him and the UCCMM until they can be addressed formally in a public forum. Indeed the UCCMM grassroots will be expecting nothing less. Including the grassroots people in any future consultation process regarding economic development is paramount. As Mr. Paibomsai may know, the INM movement is not a First Nation leadership led initiative, it is, however, a powerful grassroots led movement.

In the end, Mr. Paibomsai’s call to join him in the circle of respect is indeed a noble call. However, it must be a genuine attempt and call to deal effectively with all the issues that affect both aboriginal peoples and, indeed, our non-aboriginal neighbours.