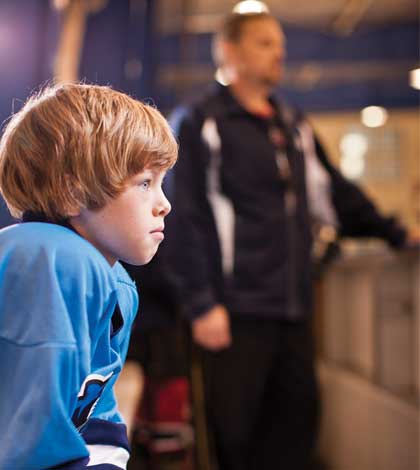 It is great to see a few local midget players toiling in the AAA Great North Midget League. The GNML is a very competitive six-team league that is seeing more parity this year than in recent memory. Two local skaters, Anthony Pelletier and Jeff Delange, play for the first place Sudbury Nickel Capital Wolves. The Wolves have a 10 and 2 record thus far and both plays are contributing some impressive points for the team. Meanwhile, the Nickel City Sons sport a 5 and 7 tally and sit in fifth position with stalwart d-man Mitchal Payette anchoring their blue-line. Good luck on your seasons guys!

Three Manitoulin players, Victoria Pitawanakwat, Deidre Debassige and Kennedy Lanktree, continue to climb the ranks of upper level women’s hockey in the province. For the first time the Lady Wolves are playing in the Lower Lakes Female Hockey League and get to play against the best in the Great Lakes region. With such a great crop of Sudbury midget players this year, two teams were formed and the three local made the top team. The trio has helped their side to second place in their 10-team division and look to make moves as the season progresses against all the 48 teams, come playoff time.

This week in the MMHA Spotlight are the Mindemoya Thunder Peewees. The team is off to a commanding start and have yet to lose a game. They are going about it in a somewhat unconventional way too. No goalie! Well, not one goalie anyway, in fact without a regular netminder the squad is rotating all their players through the pipes. Another good sign is that even with a constantly changing line-up the players are always looking for each other out there and making great passes and sharing in the goals. Keep up the good work guys: it’s working. The blue and orange peewees feature: Teigan Seabrook, Taylor Smith, Jasen Millette, CJ Wilson, Connor Mack, Quinn Coker, Sean Orford, Ethan Smith, Chris Haner, Hunter Cranston, Matthew Redmond, Jonah Gilmore, Marjorie Scott, Maddy Niven, Avery Sheppard, Morgan Wall-Varey and Trinity Leeson. The Thunder team staff includes: John Coker, head coach; Al Haner, assistant coach; Lori Leeson, manager; and Anne Marie Scott is their trainer.

Good luck to the Peewee Panthers who take their impressive 8-1-2 record into the Soo Steel Blades Tournament this weekend. The team hopes to equal the great success of the Bantam and Midgets their two weeks ago. They put together a strong 5- 2 win this past Sunday against north-shore rivals Elliot Lake.

Down an age-group, the Panther Atoms sit right at the top of their division with a 5-5-1 accounting. The youngest cats had a stealthy 6-1 game against Elliot Lake in their home barn. The team will join the peewees in the Sault this weekend. Good luck teams!

Welcome to Dale and Barbara Baker who have moved to Little Current and set up a new skating-needs business. As of November 1 they have relocated Dale’s skate-sharpening business from Ottawa that they started back in 1990 in Nova Scotia. He is a master skate sharpener, specializing in figure skates and hockey skates (many of his customers are on the current or past Canadian Olympic team as well as Italian Olympic team). He also has customers who just this year made the NHL draft.

They are currently seeking out the needs of local skaters and coaches as well as developing their business hours but if you contact them you can get some more detailed information. Their address is 62 Water St. E. (in the little building with the green roof, beside the house with the red roof) in downtown Little Current. Their phone number is 705-822-3478; email address: bladesandthings@gmail.com and their website is bladesandthings.ca.

The drive to the Dudley-Hewitt Cup is on: NOJHL