VERNER – They may have come up against the best of the best at the International Plowing Match held in Verner this year, and although they didn’t come in the money, the father son duo of Valois Seguin and Denis Seguin of Little Current were happy with their finish in the lineup.

“We did well with our limited experience compared to those seasoned plowman,” said Denis Seguin. “Final results from the OPA will be posted in about four weeks, but I believe that we finished 13th and dad 14th overall with 18 plowman competing.”

The duo competed in the antique division and had limited time to practice leading up to this year’s match. “We were up against some seasoned plowman, guys who are at all of the matches during the year,” said Mr. Seguin. “I think we did pretty good for just starting out.”

Mr. Seguin ran a 1948 Farmall M tractor with a 1947 drag plow at the competition—both pieces of equipment are a fair bit older then he is. The pair can share equipment at the regional meets, but each has to run their own set during the International Plowing Match.

Denis Seguin is an EMS worker and is following in the footsteps of his father plowing, but it is his brothers who are carrying on the dairyman tradition in the family. Still, Mr. Seguin said he had plenty of support going into the competition.

“We had many folks from Manitoulin coming over to chat with us because they saw your well written article in The Manitoulin Expositor,” said Mr. Seguin. “We were followed by Lindsay Aelick on CTV and many other newspapers, including CBC Radio Timmins. The media was overwhelming as they wanted to cover the father and son story.”

Although the International Plowing Match is now in the rear view mirror, the duo has not yet hung up their plow for this year.

“We are going to Belle Valley near Earlton to do another local competition this Friday and Saturday,” he said earlier this month. “After that, the plowing season is coming to an end and we will put away the equipment till next year.”

The father and son duo have their eyes on the prize next year when the International Plowing Match will take place in Lindsay, in Kawartha Lakes, the week after Thanksgiving. 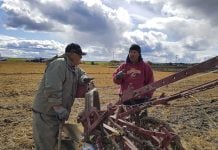 Who wants to belong to a board with a bad attitude? 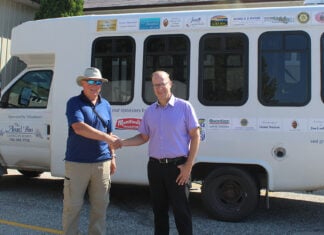 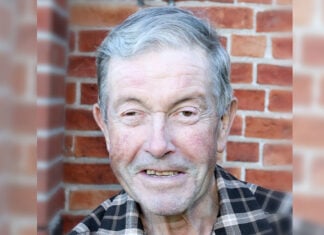