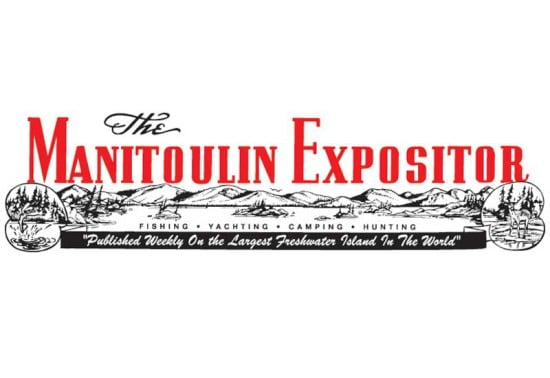 This year, 2012, has been one of those special years that could have celebrated a significant anniversary and milestone, just as 2013 will celebrate a century of the constant use of the swing bridge in Little Current.

2012 is a little different case as it represents the 150th anniversary of the signing of the 1862 Manitoulin Treaty which opened the doors to the settlement of Manitoulin Island by non-Native settlers, most from southern Ontario.

Fifty years ago, in 1962, Manitoulin proudly celebrated its centennial. There were beard growing contests, parades, a special logo was designed and decals made from the design were proudly pasted to store windows as semi-permanent displays.

Most non-Native communities had their own “Big Days” during the summer of 1962 in honour of what people then saw as the “Manitoulin centennial”.

But times change. Fifty years ago, in 1962, this centennial was very much a one-sided celebration: it was only observed in non-Native communities.

For Manitoulin Island people of First Nations heritage, this was hardly something to celebrate as the occasion represented, except for Wikwemikong, the 100th anniversary of the First Nation leaders of the time agreeing to relinquish their claims, and by extension those of their descendants, on virtually all of Manitoulin Island. The chiefs of Wikwemikong, at least the vast majority of them, took a firm stance against such a relinquishing of the land and that is why the formal name of the First Nation is Wikwemikong Unceded Indian Reserve.

Fifty years ago, the people of Manitoulin celebrated the occasion. In fact, this newspaper published a special 16-page supplement proudly titled, ‘Observing a Century of Advancement: The Manitoulin Island 1862 – 1962’.

Ironically, the artwork on the paper’s cover contains a quote from an earlier treaty, negotiated by Sir Francis Bond Head in 1836 and the published passage of the treaty promises, “the land which your Great White Father engages forever to protect you from the encroachment of the whites”.

The chiefs’ signatures and/or clan marks are on the document along with the signatures of the government officials of the day charged with this particular negotiation.

That was all well and good: as of 1836, Manitoulin was to be a homeland for Odawa and Ojibwe people from all over Northern and southern Ontario.

But a quarter-century later, the government of Upper Canada determined that not enough of them had moved here so, by 1862, the government, anxious to open up more land for settlement, used the relatively small number of First Nations residents living on Manitoulin as an excuse to create a new treaty and relegate the First Nation people to reserves (but only in places which were not deemed to be essential to the development of the industry of the time: ship harbours, waterfront sawmill sites, deep water ports).

That is why 1962 was rather a one-sided celebration and, in the ensuing half-century, the non-Native sector has become sophisticated enough to realize that it would now be rude and unkind to celebrate the dispossession of people from a fairly large area that they had been previously led to believe was to be theirs in perpetuity.

So no celebration. But 2012 is still an important year that should be marked in this paper for the historical record.

This is the issue of the paper in which the editorial space traditionally is taken up by thanking all of those who help produce this newspaper, and so it shall be again this year.

But this particular anniversary, not being publicly celebrated, is nonetheless an important occasion historically for Manitoulin and it also allows us to demonstrate how and why specific contributions to this paper are such an important part of it.

Shelly J. Pearen, from Ottawa, is the direct descendent of one of Manitoulin’s earliest Anglican clergy, Rev. Jabez W. Sims. She is also an historian of Manitoulin and over the past few months she has produced a four-part series titled ‘Neighbours for 150 years’ that details exactly what took place in 1862 that relates both to earlier treaties and suggests how the settlement reached 150 years ago has allowed the Manitoulin Island we know today to develop and evolve.

This series, the final installment of which ran in last week’s paper fittingly near the end of the anniversary year, meant that this newspaper was able to “cover” an uncelebrated anniversary, but an important one nevertheless, of a pivotal occasion in Manitoulin Island’s societal evolution. The series is Ms. Pearen’s careful synopsis of the original research she did for her pivotal new book on the same topic, ‘Four Voices: The Great Manitoulin Treaty of 1862.’

Thank you, Ms. Pearen. Your contribution is not only very valuable in and of itself but it is also representative of all of the diligent hard work by a large number of people whose contributions to this paper keep it current, interesting and relevant.

In the same general tone, this would include Petra Wall’s thoughtful monthly interview with an ordinary citizen of Manitoulin Island who has lived all or nearly all of a long life here. ‘Now and Then’ gives us snapshots of life on Manitoulin in the 1920s, 1930s, 1940s and 1950s as people in both First Nation and municipal communities grew up, came of age and began their own family lives. All the stories, one a month for over a decade now, are a little bit the same but are all very different from one another as well. Thank you, Petra.

We all have to eat and our friend Rose Diebolt who produces the weekly recipe column Rose’s Recipes makes sure that we have choices, lots of them, that also usually reflect special occasions or the season of the year. Thank you Rose for your tasteful contributions.

Agriculture continues to evolve on Manitoulin as elsewhere. It’s certainly been news that a large company, BC-based Blue Goose Cattle Co., has faith in Manitoulin’s farm sector to the extent that it is buying many Island farms. Another positive development this newspaper has been reporting on is the community abattoir that is set to open near Providence Bay in early 2013. Farm news is just as important as is news about farming and it’s Ag Rep Brian Bell’s weekly column ‘Farm Facts and Furrows’ that is the farm news in this paper. Thank you, Brian. We’re pleased to help get important information to the farm community in this way.

Thank goodness for books and for the libraries to store and lend them to us to read. Debbie Robinson, Assiginack librarian in Manitowaning, and Claire Cline, librarian in Central Manitoulin with responsibility for collections in both Providence Bay and Mindemoya, have their own special weeks each month in which they suggest good reads available at their libraries and why they are such good reads. These are two committed professionals.

John Savage, nature photographer extraordinaire, is the one responsible for all of those wonderful pictures of the natural world. Do you remember his photo essay of the owl family growing up? What a wonderful thing to have shared with readers. That and much more. Thank you, John.

And Ivan Wheale. It’s been a trying year, but your humour remains intact. Keep up the good work, Ivan.

At MSS, our ‘Kids in the Hall’ are once again the same pair: Laura Hovingh and Alexa Tipper. Theirs is a nice record of the activities around their school that will, one day, be the stuff of which memories are made.

The author of the MSS Player Profiles is Victoria Niven. From Ms. Niven’s weekly sketches we understand the diversity of athletic interests and what motivates student athletes to succeed at Manitoulin Secondary School. Well done, Victoria.

The elementary student population is represented here too, this year by the new column ‘Lakeview Leading the Way’ that is written by the Grade 8 students of Lakeview School in M’Chigeeng every month during the school year.

And then there’s André Leblanc, he of the column with the snappiest title: ‘Ice Chips and Canoe Quips.’ People let André know what’s going on with their team or with individual athletes, or he finds it out for himself; in any case, there’s not much about Manitoulin sports, in particular young people’s sports, that doesn’t make it into his Page 7 space.

Our rural correspondents are part of a tradition that is as old as this paper and we’re the oldest paper in Northern Ontario, after all. Thank you very much to Erma McAllister (whose family name will be immortalized as the new Grimesthorpe Bridge is being named for the McAllister family) for keeping us current with Spring Bay Rural Route. Thank you Pat Hall for making certain that Tehkummah stays well and truly on the map through Tehk Talk. Thank you Gloria Sandercott for your Providence Bay News and Notes, thank you Marilyn Sparham for the News and Views from The Slash and to our new correspondent Vicki Lovelace for Out and About in Sheguiandah.

The Expositor is pleased to have some first-rate freelance writers who contribute stories and photos from time to time. Thank you to Betty Bardswich in Mindemoya, Sharon Jackson in Kagawong, Peggy Smith in Providence Bay and Heather Pennie in Manitowaning.

Nancy McDermid used to be a freelancer. Last year she did a stint as a staff writer and now she’s doing a monthly column that profiles a community artist, ‘The Creative Isle.’ Some people like to try everything!

As always, our thanks to OPP Constable Al Boyd, Community Services Officer for the Manitoulin Detachment, for his news and timely tips together with his counterparts at the UCCM Anishnaabe Police and the Wikwemikong Tribal Police.

We must always be aware of infrastructure. It’s one of those words that crept up on us but is an apt description for the things we often take for granted but are absolutely necessary for our society to hum along as efficiently as it does.

In the case of your community newspaper, ‘infrastructure’ includes our postmasters and their staffs at our Island postal outlets as well as the mail contractors who get the papers from The Expositor Office to the post office, together with the rural route drivers. It also includes our printer, Journal Printing in Sudbury.

Thanks. Everybody needs infrastructure.

Thanks for reading the paper and using it to mine the useful information it contains. Thanks to the myriad of letter writers who take the time to share their views and so provoke thoughtful community dialogue.

Our best wishes from the folks who toil at The Expositor Office and to everyone for a memorable and happy Christmas among family and friends, and for a wonderful 2013.

One particularily brave person we would like to acknowledge is our friend Mary Buie who asked this paper to chronicle her battle with breast cancer. This is the subject of the ongoing series ‘Following hope’s path’ by staffer Robin Burridge. Ms. Buie’s frank observations have already shown to be helpful to many people. Thank you, Mary. We’re pulling for you.