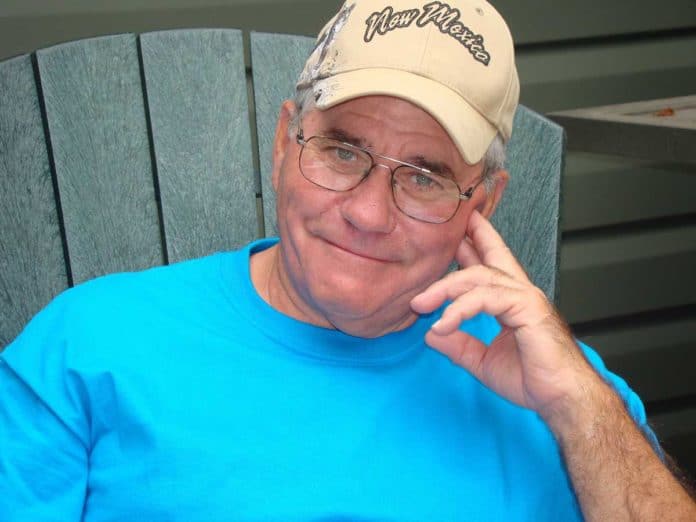 JIM LANKTREE
Jim passed away peacefully on Friday, March 26, 2021 after a brief two month battle with cancer in his 77th year. Beloved husband of 54 years of Sally (Howard). Loving father of son Grant (Colleen) of Fort McMurray and daughter Brenda (Robert) McDermid of Lively. Very proud Poppa to grandchildren Becky, Tyler (Vanessa), Tanya (Mike), Tiffany (Pat), Tara (AJ), Bonnie (Frankie), Cameron and Leah. He was great-poppa to nine great-children. Jim will be greatly missed by his brother Lew and sister-in-law Elaine. Jim was predeceased by his brothers Fred and Morley and sisters-in-law Joanne and Lynn. He will be fondly remembered by several brothers-in-law and sisters-in-law in the Howard family, as well as many nieces, nephews and cousins. Jim was born and raised in Spring Bay to parents Frank and Thelma (Lewis) Lanktree. After marriage, Jim and Sally resided and raised their family in Onaping and Maple in their early years. They returned to Manitoulin to live in Gore Bay in 1976. Jim worked at the Gore Bay Welding Shop for several years before opening up his own business, Jim’s Welding and Repair Shop, which he owned until his retirement. In 2014, Jim and Sally moved to Millsite Apartments, where they happily lived amongst many special neighbours, enjoying their Sunday drives and walks on the Boardwalk. His most special and cherished role was that of being Poppa and will leave behind very fond memories for all of them. He leaves behind many fond memories of his buddies at the Pool Hall and times with euchre friends. As sad as his death was being so soon after his diagnosis, it was harder seeing him living the life he was going to be facing and in the end we are thankful that he passed so peacefully. After being diagnosed, he would continually say “there was no point in crying,” so instead we will all just say good bye for now and happy memories will get us through. At Jim’s request, cremation has taken place. A memorial service will be held at a later date. Memorial donations may be made to the Gore Bay Seniors’ Centre or the Angel Bus as expressions of sympathy and can be made through SimpsonFuneralHome.ca. Jim’s family would like to extend their heartfelt thanks and appreciation to Dr. O’Connor and the staff at Manitoulin Health Centre (Mindemoya site) and to Dr. McRae and Dr. Wilson, all of whom cared for Jim with great kindness over the past two months. A very special thank you to Amy and Beth and Nurse Marianne for providing him the care needed to live at home in his final weeks as he so greatly wanted.

Tom Sasvari - July 28, 2021
GORE BAY - In its six year history, Split Rail Brewing Company has certainly made a name for itself for producing a high quality...