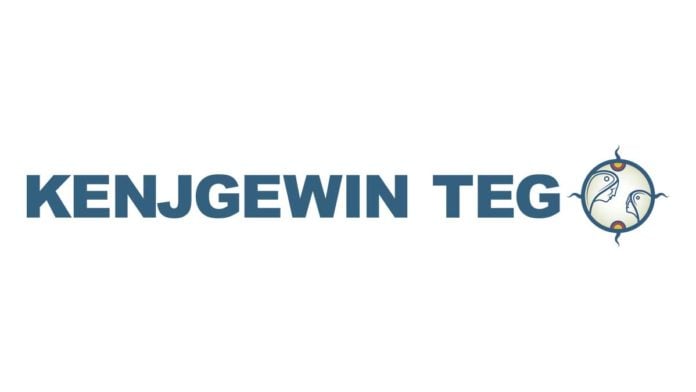 M’CHIGEENG – Members of the academic community celebrated an historic moment last week with the announcement that Kenjgewin Teg has been accredited to grant certificates, diplomas and degrees. The press conference was held virtually at 11 am on Friday, January 14.

The announcement means that Kenjgewin Teg is now an accredited Indigenous Institute in Ontario authorized by the Indigenous Advanced Education and Skills Council (IAESC). Indigenous Institutes are the third pillar in Ontario’s post-secondary education sector (the other two being colleges and universities) and means that, once a successful organization review is completed, Kenjgewin Teg will be able to offer certificates, diplomas and degrees.

The press conference was opened “in a good way” by Dr. Rhonda Hopkins, Kenjgewin Teg’s first full-time faculty member, who introduced herself in her native Cree. She provided a land affirmation and spoke of the treaties to share the land with “a dish with one spoon.”

“The next generation of Anishinaabe leaders will be able to walk in two worlds. They will be strong in our Anishinaabe language, culture and connection to the land, and they will also have the education, skills and training to support community growth and healing,” said Stephanie Roy, Kenjgewin Teg president. “Supporting Indigenous students in achieving culturally-relevant higher education is at the heart of what we do.”

She noted that the organization team was comprised of in-house expertise, as opposed to outside consultants, and that team would now be “rolling up our sleeves to complete the quality assurance process.”

The conference also heard from Austin Pangowish, a student at Kenjgewin Teg, who relayed how much he was enjoying his learning experience at the school and how “I only wanted to attend Kenj,” he shared.

After years of working odd jobs and being uncertain of what he wanted to do with his life, Mr. Pangowish is now exploring the trades. Having just completed the introductory program, he will be introduced to welding in the coming weeks. It is an opportunity he might not have been able to explore without Kenjgewin Teg.

Anishinaabe Nation Deputy Grand Chief James Marsden supplied that this was an “exciting day for everyone. First Nations have a right to self-determination in aspects of education,” he said, applauding the important milestone.

Assembly of First Nations Ontario Regional Chief Glen Hare spoke at length in Anishinabemowin, following up with remarks in English. “This day has been a long time coming,” he acknowledged. “What a great day. We look forward to seeing Kenjgewin Teg guiding the next generation of leaders up through the ranks.” Regional Chief Hare also lauded the news of long-term, reliable and sustainable funding. “You do fabulous work,” he congratulated the team at Kenjgewin Teg.

The Honourable Jill Dunlop, minister of colleges and universities, also referenced the important milestone that was being celebrated. “Congratulations to you all,” she said. She noted that IAESC “is a central pillar of Ontario’s post-secondary education system, assisting in culturally appropriate and safe learning meeting local needs. It is outstanding what can be accomplished.”

Elders Josh Eshkawkogan and Gloria Oshkabewisens-McGregor also delivered their congratulations to the team and emphasized the importance of a traditional knowledge lens in education.

“Ensuring that we provide the highest quality education has always been our top priority,” said Patsy Corbiere, chair of the United Chiefs and Councils of Mnidoo Mnising. “Receiving accreditation by the IAESC acknowledges our dedication to excellence in Anishinaabe education.”

“Kenjgewin Teg is meeting the unique needs of Indigenous learners in post-secondary education and training,” confirmed IAESC board chair and executive director Laurie Robinson. “High quality programs ensure that learners are prepared to meet the conditions their communities face. It is a new era in Indigenous education.”

With this step under its belt as a first step, the next steps require that individual programs now be submitted and approved by IAESC. “IAESC establishes this process and all new diplomas, certificates and degrees requirements undergo a separate quality assurance process as next steps. New programs and curriculum development by Kenjgewin Teg will take time and additional resources over the next five years, with some work already being started in this area.”

In the meantime, a new innovative pilot project partnership with Kenjgewin Teg’s long-standing partner, Queen’s University, has three Indigenous studies now being delivered to learners directly from an Indigenous Institute. Kenjgewin Teg will be seeking expanded partnerships with other higher education institutions for further innovation to impact Ontario’s post-secondary learners.

Chop Waindubence closed out the press conference, citing without naming his late father whose mantle he has picked up as an advisor to Kenjgewin Teg. Mr. Waindubence shared a song, played on his father’s drum, a message given to him and a gift to those who helped make this day happen. 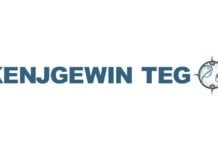 Kenjgewin Teg gets $4.5 million to train new PSWs and RPNs 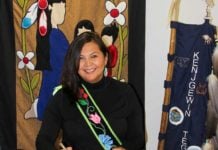