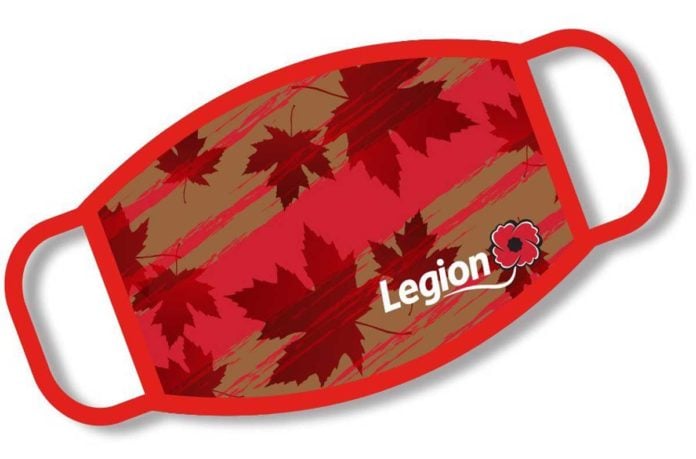 LITTLE CURRENT—The Royal Canadian Legion (RCL) is preparing for this year’s poppy campaign with a modified format in response to the COVID-19 pandemic, including more emphasis on self-serve poppy boxes and the addition of poppy face masks to provide a more functional way of supporting the non-profit organization.

“We’ve sold nearly 80 masks so far,” said Branch 177 comrade Roy Eaton. “Right now they’re backed up nationally so I’m expecting my next order to come in at the end of the month.”

Branch 177 is expecting another 60 masks on October 30, the start day of the campaign. The Legion does not raise much money from the mask sales due to the cost of producing and distributing them but the masks do provide promotional benefits to the organization.

The poppy campaign runs every year from the last Friday in October (October 30 this year) until November 11. The Legion provides poppies for free but accepts donations to help fund its operations and support community partners.

Members of Royal Canadian Sea Cadet Corps 348 Manitoulin often help with the campaign by handing out poppies at storefronts and other community locations but there will be no direct human contact in this year’s local campaign.

“We donate money through the poppy campaign to hospitals and nursing homes and other needy causes, and veterans’ support as well—that’s very important,” said Sue Morin, poppy chair at RCL Branch 177 in Little Current. She said her branch has given out $1,500 to community groups since the start of the pandemic.

While many Legions across Canada have faced massive financial struggles during the COVID-19 pandemic in the absence of events and dining fundraisers, Ms. Morin said Branch 177’s finances have remained relatively steady. She attributed this to the Little Current branch’s regular takeout fundraisers.

“It’s been very good because we’ve had a lot of support from the community,” she said.

People who order masks have been able to pick up their masks at the takeout events.

RCL branches across the country have asked supporters to avoid attending in-person Remembrance Day ceremonies and instead watch the national broadcast on television. Branch 177 is hosting a brief, physically distanced, outdoor ceremony for a small number of people at the Little Current cenotaph at 1 pm on November 11.

Carrie Lewis, president of Gore Bay-Western Manitoulin Legion Branch 514, said she has had Legion masks for sale at the branch for some time.

“We will always support the Poppy Campaign and boxes of poppies will go out. We will not be having tagging with people on the street selling poppies as I understand it and we wil have a substantially downscaled Remembrance Day service,” Ms. Lewis told The Expositor.

Branch 514 will not be hosting a luncheon or inviting representatives to lay wreaths due to physical distancing restrictions. 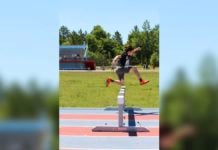 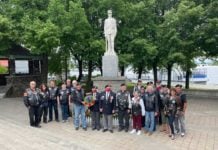 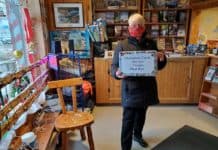