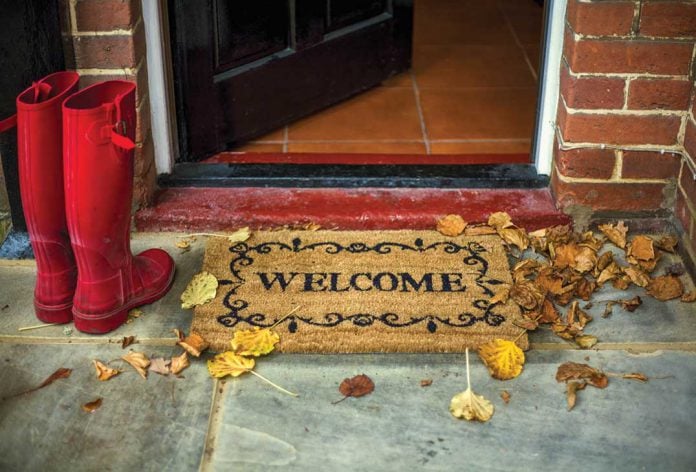 LITTLE CURRENT—A new family of refugees from Eritrea is about to call Manitoulin Island their new home and a group of volunteers has been working tirelessly to get ready for their arrival.

“Early in September 2015, the picture of the young Syrian boy on the beach impacted many of us on Manitoulin Island deeply,” says Sarah Quackenbush, one of the volunteers who is helping to co-coordinate the refugees’ arrival to Little Current. She adds that the push to support this family has been a major undertaking.

“With only three weeks’ notice that this family was arriving to Manitoulin, it meant that a lot of work had to be done in a very short time,” says volunteer Lianne Hovingh, who has taken a lead role to coordinate the latest arrival of Manitoulin’s refugees. “Within a week, a house to rent was found and furnished. Churches across the Island have gathered all the necessary items for each room of the house.”

Ms. Quackenbush posted a call for donations on the online Resilient Manitoulin group and, as Ms. Hovingh describes, “the response was overwhelming.”

To help settle the family, volunteers have gathered a team of English as a Second Language (ESL) teachers to ensure that the family gets English language training every day. Further volunteers have agreed to help with personal finance, acting as a go-between with the school, running social events, helping with government paperwork and offering their friendship and hospitality to the family.

The initiative has a special significance for Siska Poenn, a volunteer who helped prepare the house and who will be one of the family’s ESL teachers. When she was 12 years old, in 1969, she emigrated from the Netherlands to settle in Hamilton.

“It was a hot, humid day in Toronto, the trees were budding and no one spoke my language. We were picked up by two men, representatives of the Dutch community, and driven to Hamilton,” says Ms. Poenn.

“One of the large Dutch Reformed churches in the area had prepared our new home in much the same way as we have done here, with donated furniture and household items—including a fully stocked fridge!”

Ms. Poenn says she is grateful for the many people who supported her family when they arrived, including her ESL teacher named Mrs. Brown.

“I’m happy to be able to help make the immigration experience easier for this new family,” she says.

In June 2015, the United Nations Commission of Inquiry on Human Rights in Eritrea published its report that outlined the country’s long history of torture, sexual abuse, indefinite military service and extensive surveillance to keep its citizens under control. The prison system is full of estimated tens of thousands of political prisoners.

The United Nations had estimated in 2014 that 357,406 Eritreans, or between six and 10 percent of the country’s population, were living as refugees outside the country. There are many reported cases of refugees dying or being kidnapped as they tried to escape the country, and still further reports of refugees being killed before they could leave Eritrea. There exists a shoot-to-kill policy at border locations to prevent residents from leaving the country, a violation of the fundamental human right to life.

In February of 2016, the first of five sponsored Eritrean families arrived on Manitoulin. When they first arrived, some of the families were broken up as some children had to stay behind in refugee camps. The family that had settled in Manitowaning left behind their son, his wife and three grandchildren between six months and seven years old.

Ms. Hovingh partnered with an organization called World Renew to privately sponsor the remaining families left in the refugee camps. The family that arrives today, November 7, is the Manitowaning family’s remaining children and grandchildren.

Sponsoring a family involves raising enough money to support them without government assistance for one year. It includes provisions for housing, English education, assistance in the health and education systems, cultural experiences and teaching everyday duties such as banking and grocery shopping among their communities.

“I just thought of my own children and what I would do if they were in the same situation,” says Ms. Hovingh.

The original families that settled on Manitoulin two years ago have all relocated to other parts of the country. Three families have moved to Ottawa, one family is in Burnaby, B.C. and another family is in Kitchener. One individual has moved to Sault Ste. Marie.

Ms. Hovingh says she is thankful to the Island community who are eagerly coming together to welcome this family to their new home in Little Current.

“If you see them out and about in town, don’t be shy. Feel free to say hi and welcome them to Manitoulin,” she says.