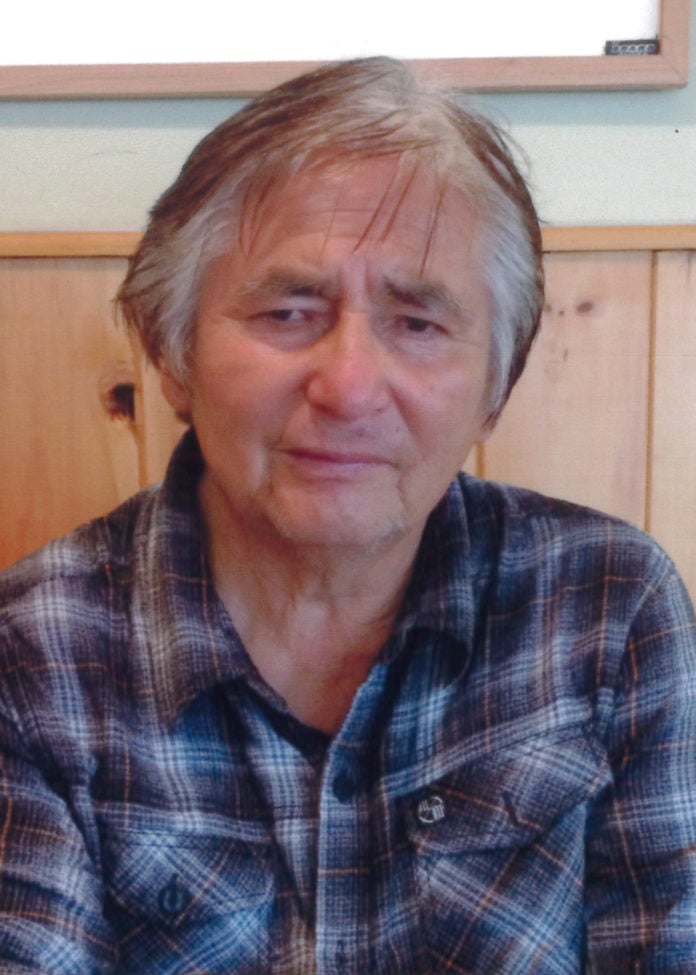 LLOYD JOSEPH NEGANEGIJIG
January 24, 1954 – August 27, 2021
Lloyd passed away at the Manitoulin Centennial Manor in Little Current on Friday, August 27, 2021 at the age of 67. Lloyd was a very special person who was always wanting to help others. He spent a lot of his life around Gore Bay. A big part of his life he lived in Dave Cunnings home with Tom and Terry Lynn who were very close to him. Tom and Jackie were his caregivers for several years. A lot of his time was spent with Renie and Harold Noble’s family where he came to be like an adoptive brother. For many years, first thing in the morning he opened up the shop and put on the fire at H&R Noble Construction. Lloyd was always pleasant and never appeared to be in a bad mood. He always worked hard and became a very talented Special Olympic athlete. He competed internationally and won many medals which he was very proud of. We will all miss him very much. Dear son of Albert Niganigijig and Lavina Pitawanakwat (both predeceased). Beloved brother of Marilyn of Capreol, Larry of Toronto, and Ambrose (Veda) of Wikwemikong. Predeceased by brothers Stanley, Paul and sister Marcie. He will be missed by many nieces, nephews, cousins and friends.
In Lloyd’s later years, Lloyd spent more time with his brother Ambrose. Sister Marilyn will deeply miss Lloyd, they were very close. Family and friends gathered at St. Ignatius Chirch, Buzwah on Monday, August 30, 2021 from 8:30 am to 11 am. Funeral Mass at 11 am. Cremation followed.