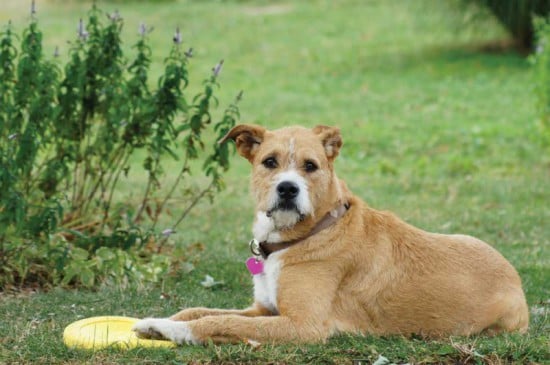 M’CHIGEENG—After weeks of letters to the editor in the pages of this newspaper and accusations against a family in M’Chigeeng for mistreating their two dogs, the Ontario Society for the Prevention of Cruelty to Animals (OSPCA) visited the home in question last Thursday, and along with the United Chiefs and Councils of Manitoulin (UCCM) Ashishnaabe Police, confirmed that the dogs are in good health and are being cared for.

“We were invited into the dog owners’ home and the community (M’Chigeeng) with open arms on Thursday (December 13),” explained Clancy Martin, the Northern regional inspector for the OSPCA. “The owners offered to let us do a hands on inspection of the dogs and both seemed friendly and there were no major issues. Both dogs had food and water and good housing. There was only a minor issue with a chain, however it was corrected while we were there.”

Annette Pearson of Mindemoya originally wrote into The Expositor in the Wednesday, November 21 edition expressing concern for the two M’Chigeeng dogs. Her letter ‘Animals deserve to be treated with humanity, Your pet is not a lawn ornament’ sparked two other letters calling for something to be done concerning the dogs.

“For two years now I have driven the highway from Mindemoya to M’Chigeeng and have watched two dogs in particular at a house heading into M’Chigeeng,” wrote Ms. Pearson. “One husky is tied out front and one black dog on what looks like a 4×4 deck. I have yet to see these dogs get off their leash or deck, be walked or had any kind of human contact….your pet is not a lawn ornament! If you cannot provide the care they need, give them to someone who can.”

Ms. Pearson also goes on to say in her letter that she contacted the OSPCA concerning the dogs, but was informed that the OSPCA does not have jurisdiction on reserves.

“These dogs are so distressed they don’t know whether to take a bone you give them or let you pet them,” Ms. Pearson told The Expositor in an interview last Thursday. “It’s a sad thing these people don’t care about their dogs. I contacted MCTV and did an interview on Tuesday, calling for the OSPCA or community to do something. Thankfully, the media attention worked and the UCCM Police contacted the OSPCA and they are visiting today. I would like to see the dogs taken away and the family never allowed to have a dog again.”

Ms. Pearson was right about the media attention sparking the OSPCA visit, however, it wasn’t the UCCM Police that led to the OSPCA coming to the community, but the family themselves.

“The family, an older couple, came down to see me at the station following the MCTV story on Tuesday,” explained UCCMM Police Chief Rodney Nahwegahbow. “They came to see me because they wanted to clear the air. With all the letters in The Expositor and the MCTV story, they have felt harassed. They expressed that they love their dogs and wanted to correct any misconceptions. They asked us to contact the OSPCA and ask for an investigation to set the record straight.”

Police Chief Nahwegahbow added that when the UCCM Police went with the OSPCA to the dog owners’ residence on Thursday afternoon that both dogs seemed “well mannered and friendly.”

In an additional email to The Expositor, another Island resident stated that he too had contacted the OSPCA regarding the animals, but had been told the same thing as Ms. Pearson regarding the organization’s lack of jurisdiction on reserves, unless invited on.

“The (one) dog, when not sleeping, is pacing a lot,” wrote the Island resident who wished to remain anonymous. “I don’t know why the UCCM refused to enforce the Criminal Code of Canada (section 446—unnecessary suffering).”

When asked about handling animal issues such as this in M’Chigeeng, Police Chief Nahwegahbow explained that every report is investigated.

“Whenever we receive a report, we investigate the claim,” Police Chief Nahwegahbow told The Expositor. “In this case we received periodic complaints regarding the dogs, but when we investigated we found that the animals were healthy and we were told they were being walked in the evenings. In cases of rabies, we contact Health Canada and if it was a case of cruelty of animals we would interject, but this wasn’t the case here.”

The Expositor also contacted the Chief of M’Chigeeng, Joe Hare, regarding the situation and animal control within the community.

“In this particular situation, the dogs are tied up so they don’t run around the community,” said Chief Hare. “I don’t feel these dogs are being abused. As for claims of mistreatment, it depends on how an individual interprets the word. Some people like to coddle their pets, like the Ikea monkey, but others simply ensure their pets have the basic necessities—that doesn’t seem like mistreatment to me.”

As for animal control in M’Chigeeng, Chief Hare explained that the community retains an animal control person when necessary, and he feels “this is enough.”

Mr. Martin of the OSPCA added during his conversation with the paper that he would like to foster the relationship that has begun with M’Chigeeng.

“I think it is a wonderful opportunity to build a relationship with the community and I explained to the officer that I was working with that we would be willing to come back to offer training or to help with future enforcement if needed. It is a personal goal of mine to reach out to aboriginal communities and create connections. In this situation it was simply a case of education and that is something that the OSPCA always stresses is education before enforcement.”

In response to Mr. Martin’s comments, Police Chief Nahwegahbow said that the UCCM Police are always interested in further training and development opportunities.

The Expositor also spoke with Ms. Pearson on Monday regarding the results of the OSPCA’s visit.

“Mr. Martin contacted me last Friday,” said Ms. Pearson. “The conversation didn’t go well, I was very upset that no action was taken. I realize that he followed the law to the fullest and did his job, but these dogs are in distress and I wish something had been done. I have had so many people contact me from around the Island and even M’Chigeeng band members regarding the dogs, a lot of people are concerned. I’m not trying to pick on one family or person, I’ve called the OSPCA on lots of people over the years who weren’t properly caring for their dogs. I did hear on Friday that a young girl was seen walking one of the dogs, so that is a start. I just hope it continues and a change does happen.”

For now no action has been taken against the family and the two dogs remain in their home. However, the OSPCA will be following up with the situation in the future.