“We are pleased,” commented McLean’s Mountain wind farm project manager Rick Martin regarding the REA. “This means that the project is one step closer to delivering significant benefits to the community, such as 150 construction jobs. The approval confirms that the project has passed technical review. From my standpoint, it also validates all the work done to meet the strict robust government standards.”

“Our partner Mnidoo Mnising Power was also very pleased,” added Mr. Martin. “The moment I got the news by email I spoke to the lands resource manager with the United Chiefs and Councils of Mnidoo Mnissing (UCCMM) Art Jacko and he couldn’t have been happier with the news. He said he called the chiefs immediately.”

The REA was the final element in the project moving forward and Mr. Martin told The Expositor that NPI plans to move ahead with the project as soon as possible, starting with road clearing and tree removal.

“We will begin tree removal immediately before the birds return to nest,” explained Mr. Martin. “That element should take 1-2 months, then we will begin building the access roads in the spring.”

The actual turbine construction will begin next summer, with a completion date of 2013.

Though many were thrilled by the REA news, not all are happy to see the McLean’s Wind Farm project move forward. Since the inception of the proposed project, the Manitoulin Coalition for Safe Energy Alternatives (MCSEA) has been objecting to the project and wind turbines on Manitoulin in general.

Though no formal appeals to the REA have been made yet, MCSEA spokesperson Raymond Beaudry did state that, “we will be moving forward with the next stage of opposition to this project.”

“We are seeking a legal opinion in our positon concering the participants in the project,” Mr. Beaudry added.

An appeal must be made no more than 15 days following the REA, making the deadline for any appeal November 15.

In a public statement Jane Wilson, president of Wind Concerns Ontario added, “as you know, Ray Beaudry, MCSEA and the community there (Manitoulin) has fought so hard against this project and many of the First Nations communities were opposed, calling the project a ‘shame’ on the sacred land called Great Spirit Island. (This is) another travesty for Ontario.”

When asked what an appeal would mean to the project, Mr. Martin explained, “an appeal has to be based on human health or environmental impact. If an official appeal is made then the issue will be taken to the Environmental Review Tribunal (ERT).” 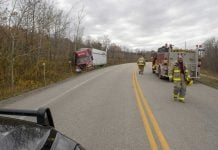 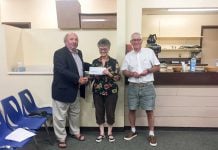