There was some great golfing displayed during the day, especially from the top two finishers in the event. The team of Shelley Croft, Cory Croft, Deb Woods and Keith Rogerson posted an impressive 18 hole best ball score of 10 under par, 62, to take the top spot.

Just one shot behind at 63 and nine under par was the second place team of Norma Ense, Gary Verhaff, Jared Ense and Kaitlyn Hensen.

“I would like to thank all of you for coming out to participate in our final event of the year,” stated Myrna Thomas, MICC clubhouse manager. “I’d like to thank my wonderful staff for being behind me all summer long, the grounds staff, Dan Marois for his assistance over the last few seasons.” 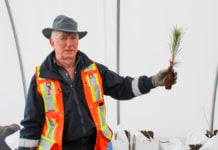 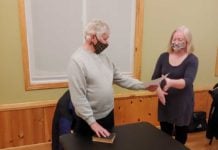