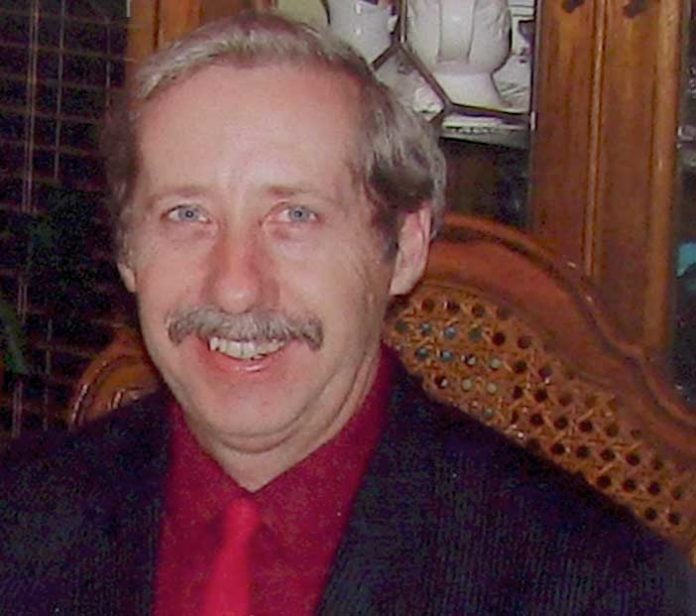 MORGAN OWEN YEATES
November 13, 1960 – March 8, 2022
After a courageous battle with cancer, Morgan Owen Yeates died peacefully on Tuesday, March 8, 2022, at the Manitoulin Health Centre hospital in Mindemoya. His loving wife Laurie was at his side. On November 13, 1960, Morgan was born in Barrie, Ontario, to Charles and Barbara Yeates. He is number six of 14 siblings. In 1981, Morgan was baptized as one of Jehovah’s Witnesses. Nine years later, Morgan met the love of his life, Laurie. They married in 1991, later settled in Barrie Island and remained members of the Gore Bay Congregation of Jehovah’s Witnesses. In November 202l, they celebrated their 30th anniversary at the Health Sciences North hospital in Sudbury. Morgan surprised Laurie with a necklace he bought by wheeling himself down to the tuck shop. Manitoulin’s peace was a welcome refuge from Downsview, Toronto, where Morgan worked in CIBC’s early IT department. He held various jobs over the years. For the last 20 years, he has been the custodian of the cemetery and parks for the Municipality of Gordon/Barrie Island Township. Like his grandfather, Owen Peak (predeceased), Morgan loved painting and photography. In addition, he enjoyed yard work, gardening, feeding the birds, making preserves, cherry pies and woodworking. Morgan’s wit, courage, kindness, modesty and appreciative nature will be deeply missed by his parents, siblings, aunt and uncles and the congregations. The Yeates family would like to thank the Manitoulin Health Centre and Health Sciences North hospital staff, their family and the local congregations of Jehovah’s Witnesses for their assistance and support. On Saturday, March 26, 2022, a memorial service for Morgan will take place at 3 pm by the Gore Bay Congregation of Jehovah’s Witnesses. Zoom Meeting: https://us02web.zoom.us/j/84941076854?pwd=dXBSTDdCYTJGcW5abmloR1NxOTkzQT09 Meeting ID: 849 4107 6854, passcode: 0714.