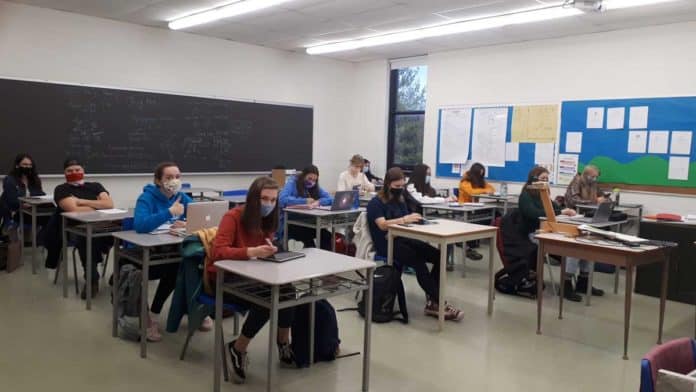 This story has been modified to include an editor’s note.

M’CHIGEENG—The 2020-2021 school year for students across the world has been anything but ordinary. Students at Manitoulin Secondary School were given the opportunity to reflect on the last three months expressing their thoughts, feelings, hopes and fears. Originally, some students did not expect in-person learning to be an option, but now that half of the first semester has passed, they are very thankful that they were given the opportunity to return to school.

Lots of students mentioned that one of their biggest hopes was to be able to hang out with their friends when school returned in September. The social aspect of school was one of the main factors when choosing whether or not to come back to school for many students and their families. In-person learner and Grade 12 student, Darci Debassige, said “I would miss seeing people I know and being at school for part of my last year.”

In the lead up to the first day of school, many students were anxious to see how things would be laid out for classes and lunches since they felt very little information was given out beforehand. Most uncertainty in the beginning revolved around classroom seating and cafeteria usage. Many students were worried about having to wear masks all day while also trying to practice social distancing. Grade 9 student, Brodie Harasym, stated that, “it is hard to wear masks and keep your distance” even with nearly three months of experience. For online learners, the main worry had to do with the online set-up and the many small technical issues that were likely to arise before all the bugs were worked out of the system. Issues like WiFi glitches were also a concern, but students recognize that nothing can be done to control them.

All online learners said that the online setup closely met their expectations. One student wished that there would be “more attention to online learners,” but they realize that it is hard to juggle both groups of students. They would also rather not have the Google Meet placed on the smartboard for all to see. Both online and in-person learners did vocalize that it is slightly confusing to have teachers using either D2L (digital learning environment) or Google Classroom, and no one is on the same page of what to use. Online learner and Grade 11 student, Mary Hore, observed that things have improved in the last two-and-a-half months, noting that “the teachers make sure you can see what is happening in class. They have improved on the technical situations, such as learning how to show two things at once.”

Many students did note that the timetable set-up this year is very different and difficult to manage. Grade 11 student, Cassandra Temple, expressed that “it’s hard having only two classes each week; the workload gets piled on.” Other students seconded her opinion since they also find that their workload becomes overwhelming at times with switching between classes every other week and doing work from all four classes at once despite the schedule.

When the question was asked about the current COVID-19 situation across Ontario, surveyed students were either very concerned about the possibility of contracting the virus, or they didn’t see it as a big issue. One online learner, who would like to remain anonymous, states that one of their reasons for staying at home is because “more people [are] travelling and more people [are] moving. You don’t know where people have been to.” They hear of people constantly travelling to areas such as Sudbury and Toronto for non-essential reasons, which sparks fears of bringing the virus here. “I think the cases in Sudbury schools should be an eye-opener that it isn’t far away.” To some other students, an increased transmission rate does not make them consider switching learning methods because they think the school would get shut down anyway; consequently, they would not be the one making the decision to stay home. Twenty-two percent of surveyed students are not currently comfortable in school, and 65 percent are somewhat or fully comfortable.

Many students said they would consider changing to online learning if the community transmission rate on Manitoulin Island increases. A majority of those students expressed that they are particularly worried about the safety of older family members and those with compromised immune systems. All online learners surveyed said that they are not considering returning to in-person learning since COVID-19 numbers are constantly rising across the province, particularly in schools. Grade 10 student, Eria Panamick-Kastoff says that she would rather stay home where she is comfortable since, “we are in the second wave with the increases in COVID-19 cases. I don’t feel safe going to school in person. I feel that people should stay home during a global pandemic so they can help to ensure that the transmission rate is low.”

Reflecting on online learning from March to June, there were a lot of different perspectives presented. Fifty-five percent of students surveyed said that learning during that time went really well. Grade 11 student, Trish Patterson, noted that her “teachers were all really patient” since teachers and students alike were trying to adjust to the new way of learning. Darci Debassige mentioned that “getting teacher feedback over the computer and not being in class was a big change that took some getting used to.” Forty-five percent of students said that online learning last school year did not go over well, mainly because they were unable to focus on schoolwork.

As the school year continues on, staff and students are committed to doing all they can to keep everyone at school and in the community safe. No one can predict what may happen; only time will tell.

EDITOR’S NOTE: The percentages cited by the author were based on a total of seven survey responses out of the total student population of 419. Top statistical data would require a 25 percent or higher response rate. 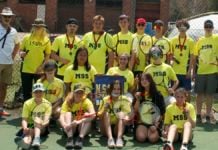 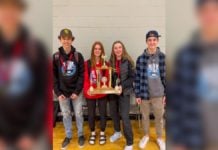