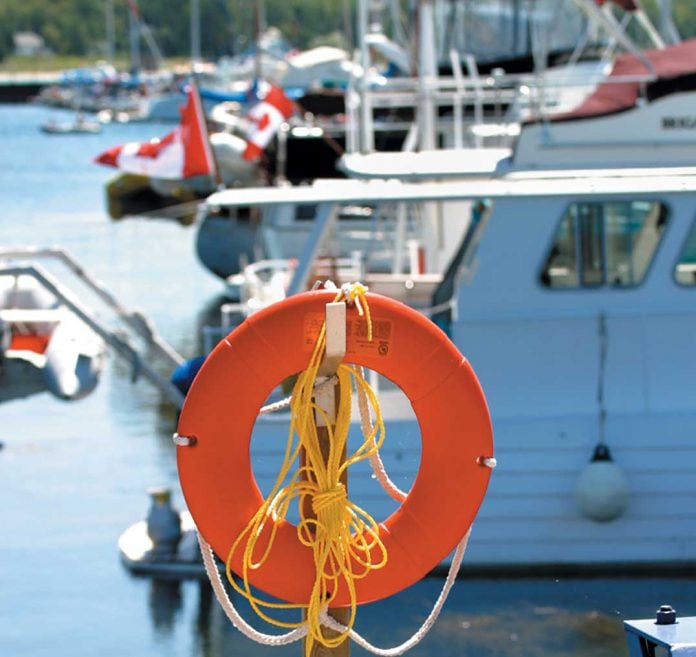 MELDRUM BAY—The new fuel system for the Meldrum Bay Marina was slated to be installed earlier this week, providing some very good news for the community.

“Installation of the new fuel system is to take place on Wednesday (November 15),” Richard Bradley, president of the Dawson Citizens Improvement Association (DCIA), told the Recorder on Friday of last week. “On the 16th the fuel tanks will be 90 percent filled and on November 17 the priming and test of the system will take place.”

He noted all the permits are in place, and the last bit of work to be done will include the holding tank for the sewage pump out being installed.

As reported previously it is extremely important to the community to have a fuel supply available at the Meldrum Bay Marina to support tourism and greatly benefit the marina. Funding was provided by the government earlier this year for the project.

Currently there is no diesel fuel available west of the Town of Gore Bay and the only other place to get gas is in Sheshegwaning First Nation. The new fuel system will feature an above grade storage tank, 10,000 litres of both gas and diesel in a dual compartment tank. There will also be a sewage pump out system.

Since the spring of 2016 the Meldrum Bay Marina has not had fuel-gas or diesel.

“We will have this new system in place which is something the boaters have really wanted to see,” said Mr. Bradley. “We are so pleased that this project has been carried out,” he said, noting that funding support had come from the Ontario Trillium Foundation, FedNor, and a donation made by Lafarge Canada, along with other donations along the way. He also noted among others the support and efforts of Algoma-Manitoulin-Kapuskasing MP Carol Hughes on this project.

“It has taken us three years to get to this point,” said Mr. Bradley. “We are so pleased that everything is falling into place.”