SPRING BAY – A Spring Bay woman is very grateful for the lifesaving action that a local man took in rescuing her after a kayaking incident earlier this month.

“He genuinely saved my life,” said Candace Greenwood of the action taken by Dave Pearson of Perivale. “I was so thankful and so grateful for him coming to rescue me, and want to thank him from the bottom of my heart.”

Ms. Greenwood explained she had been out kayaking one evening in early June when the incident occurred. “I had been treading water for about 45 minutes when he (Mr. Pearson) thankfully arrived. I had been in Lake Kagawong in my kayak, by myself. I am new to kayaking, and I got a little too brave and went out to Red Rock, which is in the middle of the lake, when several large waves came out of nowhere and I got flipped out of my kayak. The kayak was taking on water and sinking and I couldn’t get it flipped over.”

“My husband (Pastor Jamie Greenwood of the Spring Bay Pentecostal Church) was in a meeting at the time. I should have called him but I didn’t at first. But after 45 minutes of treading water I was getting very cold, and I did call him to come and help me. He drove over here, (but in a rush) he didn’t bring his kayak but he met (Mr. Pearson) at the government dock who was putting his boat in the water, and asked him if he could help.”

Mr. Pearson drove his boat out to the location where Ms. Greenwood was stranded, “and pulled me and my kayak out of the lake.” While she was treading in the water, “I was trying to keep my cell phone above water by holding it in my mouth, and I held onto my kayak and paddle, and tried to swim to the shore.”

Mr. Pearson said that it is imperative that people check the current and predicted weather and wind conditions prior to venturing out on the lake. “I’m just glad the lady is okay,” he stated. “She was basically trapped in the middle of the lake, with her kayak overturned,” he told The Expositor, noting the water temperature was about 56°C at the time.

Mr. Pearson explained, “I had taken my boat out to go fishing around 8 pm,” and when he got to the dock at the lake, “her husband (Mr. Greenwood), who was on the dock, explained what had happened and asked if I could help out. Luckily, she had a life jacket on, and when I got out to her she was in the water holding onto her kayak, a paddle and her cellphone. She definitely looked tired and cold.”

“The kayak was heavy with water but I was able to pull (Ms. Greenwood) and her kayak up on my boat,” said Mr. Pearson. “It was a pretty crazy situation.”

Mr. Person explained the incident, “took place in the lake between Fred’s Camp and Red Rock and she was out in the water a couple of miles. When we reached the docks, her husband was in the truck which was running, and she got out of the boat and thanked me. But I didn’t even ask her for her name.”

As I got out in the water (originally) someone else had been going by in a boat but they didn’t see her, but they were certainly concerned,” continued Mr. Pearson.

“I was really, really cold when he rescued me,” said Ms. Greenwood. “It took a long time to warm up, in fact a couple of days later I had to go to the hospital to get checked out because I was not feeling well.” She pointed out when Mr. Pearson dropped her off at the docks, she got into her husband’s vehicle and “we went to the home of some friends of ours that were close, and they put blankets and towels around me and gave me hot chocolate to warm up.”

“It was scary,” stated Ms. Greenwood who noted, “I am very, very grateful to Mr. Pearson and what he did. I can’t believe how fantastic he was in his action and coming out to get me. I definitely needed help. He saved my life and I thank him.” 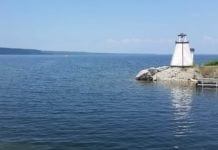 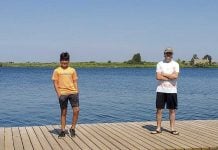 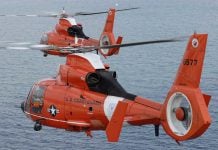 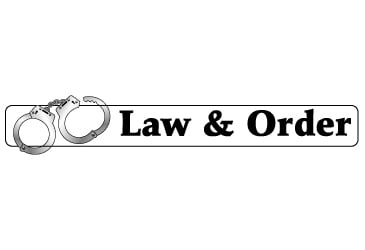