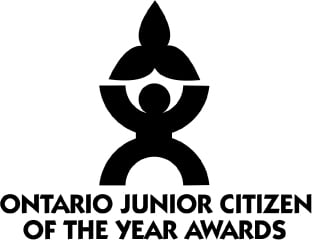 This newspaper is a member of the Ontario Community Newspaper Association (OCNA) and one of our professional organization’s most public undertakings is the Ontario ‘Junior Citizens of the Year’ program.

Readers of The Expositor will be familiar with the Junior Citizens concept as for virtually every year during the 30 year history of this program, at least one deserving and exemplary young citizen of Manitoulin Island has been nominated through this paper.

Last year, it was Christina Renwick who had singlehandedly raised enough money all by herself to pay for the construction of a well in an African country.

Ms. Renwick’s nomination is typical of the young people the community has chosen to honour in this way: young men and women who demonstrate the attributes of good citizenship and leadership. Others have been nominated because of acts of quick-thinking and bravery. There is also the opportunity of nominating a group of young people who have acted in concert to achieve an end result that is beneficial to Manitoulin.

Over three decades, exceptional young men and women of Manitoulin Island, from virtually every community, have been nominated in every possible category, including the one recognizing group effort.

As usual, deadline for nominations is November 30 and forms to recognize a deserving and representative young person as an “Ontario Junior Citizen” are available at The Expositor Office in Little Current.

They can also be emailed or faxed to anyone considering such a nomination. A visit or a telephone call to The Expositor Office at 705-368-2744 or an email request to expositor@manitoulin.ca will see that a nomination form is sent to you and editor Alicia McCutcheon will be pleased to answer any questions you might have about preparing a nomination.