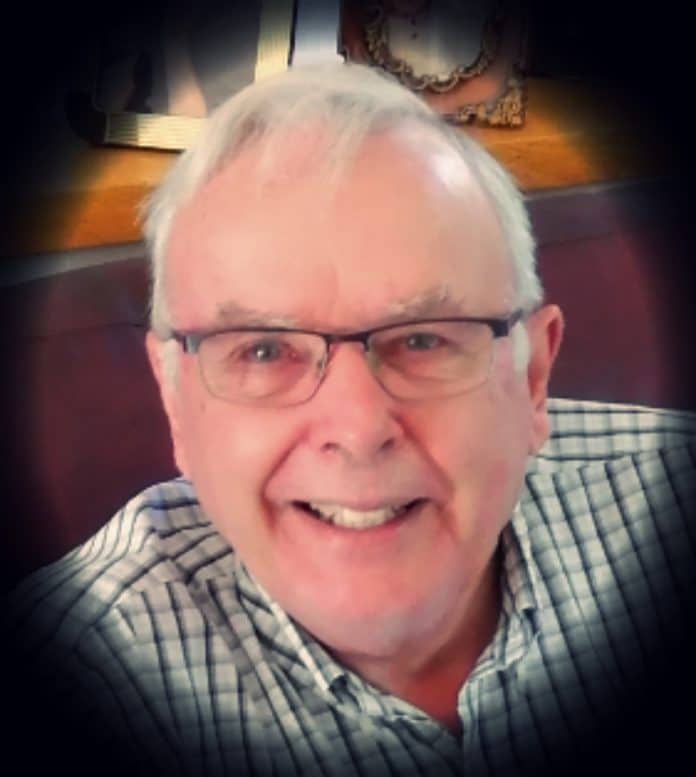 RICHARD MICHAEL RUSK
September 23, 1946 – May 9, 2021
Richard passed away at Mindemoya Hospital on Sunday, May 9, 2021. Rick was the beloved husband of Vivian (Shallow) of Kagawong. Loving father of Kerry-Ann (Mark) of Ottawa, cherished grandfather of Schuyler (Terryn), Jacqueline (Colton) and Victoria (Beau); and great-grandchildren; Parker, Owen and Lauren of Greater City of Sudbury. Sadly missed by brother Robert (Sue) of Midland, sister Jacklynn of Cambridge and brother Bryon (Paddy) of Waterdown. He will be missed by many family members and friends. Rick was a MNR – Ministry of Natural Resources Forest Firefighter and Forest Technician, for 11 years combined, before he became an entrepreneur as a business owner of 25 years, in the Hospitality Industry. He was a pillar member in the communities in which he lived in on Manitoulin. Rick was co-organizer and co-founder of the Gore Bay Ringette Club, as well as a ringette coach, a former member of the Lion’s Club and a volunteer at the local fish hatchery. He held a position, President of the MTA -Manitoulin Tourist Association, for several years. His love of travelling did not stop; on his life journey, he would see and learn through the eyes and words of the many people he encountered, from around the world. Rick took pride in caring for the grounds and maintenance in the community he resided in for 29 years. He became the Superintendent of Public Works, he was a Town Counsellor for a term and a half in Billings Township, and was a member of the (EDC) as an Economic Development Committee Member. In his later years, Rick enjoyed transporting students to school, as a bus driver Rick enjoyed conversing about the wonders of the world and his love of gardening. Most know him as a nature enthusiast and history buff. He also enjoyed playing and watching many sports. He loved to play football as a young man; and he became a Senior Football Champion in 1965, for the Nelson Lords; where he attended high school, in Burlington. Rick loved to give to his community, by offering to assist in any way he could. Rick was a loving and friendly man who loved to engage with others with his quick wit and “punny” jokes. He would tell anyone that “sometimes all it takes is a smile,” “be kind to one another” and “just be happy—we live in a vast world and there is so much to learn and experience—we should enjoy it!” A Celebration of Life will be held at a later date, where close family will celebrate in a way he would have enjoyed. Those looking to honour Rick with a donation, can do so to the Heart & Stroke Foundation. Please share your thoughts, memories and photos at IslandFuneralHome.ca.