MANITOULIN—The mystery of the five previous “sanction” letters purported to have provided the lead-up to the banning of Larry Killens, Manitoulin’s elected trustee and representative on the Rainbow District School Board (RDSB) has been cleared up, sort of.

Although RDSB Chair Doreen Dewar had indicated in an earlier email addressed jointly to The Manitoulin Expositor’s Michael Erskine and the Manitoulin West Recorder’s Tom Sasvari that she would release the five letters upon receipt of a signed request from Mr. Killens, when the Expositor followed up on that commitment a couple of weeks after receiving a copy of Mr. Killens’ request to Ms. Dewar, the board chair, citing privacy concerns, indicated that copies of those letters had been sent to Mr. Killens and it was up to him to release them.

Mr. Killens did so when The Expositor then followed through and requested the copies.

The letters, most of which date back to Mr. Killens’ previous term as trustee, generally address questions of RDSB confidentiality from closed and private meetings and/or the trustee speaking to the media on matters relating to the RDSB after being cautioned that only the chair may speak for the board.

The first letter is dated January 13, 2012 and dealt with an issue from an article in “the Manitoulin paper.” The letter did not indicate the name of the paper, but as it was a Wednesday edition it can be extrapolated that the paper in question was The Expositor. Mr. Killens was quoted as saying “this gentleman had a contract with our Board and subcontracted out for snowplowing at several schools, with Assiginack Public School being one.”

The letter states that the comment attributed to Mr. Killens “is a clear breach of the motion which required any inquiries…be referred to the chair of the board.”

Following that incident, Mr. Killens took great pains to indicate in any communication with the media that he was not speaking on behalf of the RDSB.

The next letter was dated April 3, 2012. This letter outlines an issue in which Mr. Killens copied an email to “negotiating committee” but it was determined that the recipients were actually a personal list that contained employees/federation members. The letter notes that the communication was simply to cancel Mr. Killens’ attendance at a meeting. The letter goes on to assert “there is no doubt that you shared comments of discussions and opinions from an in-camera negotiating committee meeting which were of a confidential nature.” This letter goes on to assert that Mr. Killens claimed to have “a call in to the Federation.” The letter notes Mr. Killens admitted inadvertently sending the email to a number of employees and federation members. That he agreed to cease and desist contacting federation representatives and that Mr. Killens admitted to “making disparaging remarks and threatening to ‘have a call into the federations’ because you felt the chair of the Negotiating Committee had overstepped her authority.” The letter admonishes Mr. Killens to keep all information confidential and identifies his actions as a “breach or concern.”

The next letter is dated February 4, 2013 and references a letter to the editor which appeared in the Sudbury Star December 17, 2012, The Expositor on December 19, 2012 and Northern Life on December 24, 2012. The letter noted that Mr. Killens was speaking on his own behalf, but in identifying himself as a trustee he had lost his ability to speak on his own behalf. The letter references the sensitive nature of the labour relations across the province at the time and that letter of complaint had been received from “the local ETFO and OSSTF presidents.” The letter notes that Trustee Killens “directly and deliberately contravened Bylaw 8.17 (the bylaw stating only the chair speaks for the board).” The letter is identified as “a respectful request that you refrain from public expressions of your personal opinions as they pertain to RDSB, its students and its staff.”

The next letter is dated December 8, 2014 and is a follow-up to a discussion on December 8, 2014 and references acceptable use of information technologies. The violation cited was in regard to Mr. Killens’ email to trustees, education director Norm Blaseg and Bruce Bourget in which he stated “I am sharing your question with my mailing list, which includes parents councils, media etc… and others.” The letter notes that distribution was an unapproved delivery of a previously delivered email to third parties and “a clear violation of OP, Section 4.11 paragraph 6.” Ms. Dewar notes that she also sent an email to Mr. Killens and Dena Morrison and then promptly clicked unsend. Since the email to Mr. Killens could not be unsent, which Ms. Dewar maintains can only happen if the recipient has not opened or has not automatically forwarded the email to another address, she took the inability to unsend the message clear evidence that Mr. Killens was forwarding his emails to his personal account. The letter calls on Mr. Killens to cease and desist and threatens further remedial action if he did not.

The final letter is dated September 1, 2016 and was written to inform Mr. Killens of the investigation of the complaint that Mr. Killens had breached confidentiality. The issue was again traced to an article contained in The Expositor in which “Mr. Killens explained at a previous meeting ‘I was advised I should leave the room of an in camera meeting if I didn’t stop taking notes. I asked what authority this instruction was being given, I did not get a reply and left the room’.” Mr. Killens attended a meeting to discuss the issue and presented a hard copy edition of the paper that did not contain the concerning passage. He also submitted that because the item of note taking was not on the agenda of the in camera meeting, he did not breach confidentiality because only issues on the agenda are confidential. The chair and vice-chair found that Mr. Killens had disclosed to the media an incident that occurred in an in camera meeting; even if it did not appear in the print edition it was still considered a breach and all subjects discussed in camera are confidential. The letter again cites the trustee for a breach and requests Mr. Killens cease and desist.

Mr. Killens notes that “Not one letter contains the word ‘sanction’ as Chair Dewar maintains and the motion states. Please note that is with the exception of the one and only sanction, the topic of which we speak of today, letter of July 20, 2018; not one letter sets out proof of or establishes the allegations contained therein are true or were they put before the Board of Trustees for a vote and discussion as required by our policy to become a sanction; if an  actual breach of code of conduct was to come to the surface it can only be done by declared formal inquiry and subsequent motion to be voted on, discussion and voted on by trustees; one letter describes informal inquiry and any overt correction or action is described in policy as remedial action not a sanction; all letters are either signed only by Chair Dewar and copied to either Director Blaseg or Vice Chair Morrison. A formal motion is required with a formal vote to reach the status of sanction; one of the letters was subject to an investigation on a complaint by me to the Ombudsman of Ontario and it (Ombudsman report) quashes the one sanction that was not mentioned at all by Chair Dewar. In summation, there are no sanctions as described in the motion below. Most if not all of the described letters date back as far as 2012.” 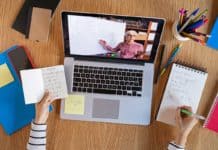 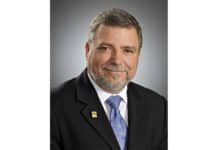 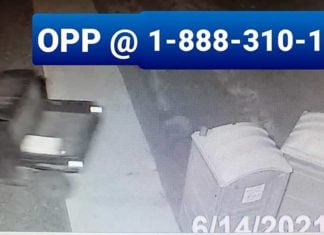