Just before 8:15 p.m. on Sunday, October 18, 2020, we received a call from Transit Security at the downtown GOVA Transit Hub after a man entered the hub requiring medical attention for what appeared to be a stab wound. Transit Security Guards began life-saving measures until City of Greater Sudbury Paramedic Services arrived on the scene. The 30-year-old man was transported to hospital by Paramedics where he remains in critical condition.

Through the investigation, it has been determined that the man was involved in a verbal altercation with another man leading to the assault that is believed to have taken place outside of 159 Cedar Street. The man responsible fled on foot prior to the injured man making his way into the Transit Hub for assistance.

This is believed to be an isolated incident and we have reason to believe that the involved individuals were known to each other. We do not believe there to be any threat to the general Public.

The man responsible for the attack is described as being around 5’9” tall, 145 lbs., with very little hair and was wearing dark clothes at the time of the incident.

Officers will be canvassing the area again today and Detectives will continue to review video surveillance footage collected from the downtown.

We know that there were a number of witnesses to this incident and we are asking anyone with information related to the incident to contact our Criminal Investigation Division at 705-675-9171 extension 2372.

Anyone with information is asked to contact Police at 705-675-9171 or Crime Stoppers at 705- 222-TIPS, online at www.sudburycrimestoppers.com 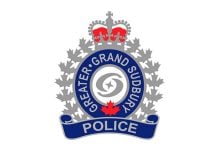 SUDBURY: Shots fired outside a residence on Frood Rd 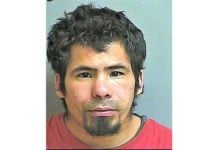