INGERSOLL—Catching her by telephone on Monday, just a few hours before she was to leave on her trip later this week to the village of Vendin-le-Vieil, France for a special ceremony-burial for WWI Private Henry Edmonds Priddle, who has family on Manitoulin (including Gore Bay), it was easy to hear in her voice that Margaret Murray was looking forward to the trip.

“I’m leaving at 12:30 pm today,” Ms. Murray told the Recorder Monday morning. “I’m going with my daughter Catharine Manicom (a Guelph resident). It’s something that I’m really curious to see what it is going to be like, and being at the cemetery and the ceremony for the three soldiers, including my great uncle (Mr. Priddle).”

“I’m sure it’s going to be emotional with it being a military service,’” said Ms. Murray.

As was reported previously, Private Henry Edmonds Priddle, “is my great uncle, being my grandfather (William Priddle’s) brother,” Molly Anne McLaughlin of Gore Bay told the Recorder. She pointed out, “most of the Priddles are in southern Ontario and Henry was from Norwich, Ontario. He was in Manitoba when he signed up for the Forces, but had been in Norwich most of his life.”

Ms. McLaughlin told the Recorder, “a few days before Christmas I had got a call from the Department of Defence on this. I knew Uncle Henry had been in World War I, but I didn’t know he hadn’t been found.” She acknowledged, “it was sort of a weird feeling. As I said I thought he had died in the war, but I never knew his remains had never been found.”

“I understand his remains were actually found in 2011,” said Ms. McLaughlin, “but it had taken this long to identify the remains. I understand a building in France was being demolished and the remains of three Canadian soldiers were found, including my great uncle.”

“Margaret Murray, a distant first cousin of mine, is 84 and lives in Ingersoll,” Ms. McLaughlin told the Recorder previously. “She and her daughter Catherine will be attending the service.” She pointed out Henry Priddle’s name was on the Vimy Ridge monument.

“My father, Frank Priddle who was also in the Canadian Forces in World War I, would be Henry’s nephew,” said Ms. McLaughlin. “My Dad was a private. Dad joined the forces when he was 20, Henry enlisted at the age of 31.”

The Battle of Hill 70 took place August 15-25, 1917. It was the first major action fought by the Canadian Corps under a Canadian Commander in the First World War. Approximately 2,100 Canadians gave their lives in the battle, over 1,300 of whom have no known grave. The strategic high point of Hill 70 remained in Allied hands until the end of the world.

Henry Priddle was Mrs. Murray’s great uncle. “No, I didn’t really know anything about him,” she told the Recorder. “I know he played the clarinet and I used to play the clarinet as well.”

“My husband’s uncle was also killed in World War I and our hotel in France is a half an hour of where staying so we will also be putting a flag on the headstone of William John Bagley (as will be case for Mr. Priddle’s headstone),” said Ms. Murray.

“There are a lot of people in my community that are interested in the trip I’m taking,” acknowledged Ms. Murray. “We have a padre going as well and he is going to read scripture and something that I wrote on behalf of the family.”

The burial ceremony for the remains of the three Canadian First World War Soldiers was to take place yesterday, Thursday, August 23. 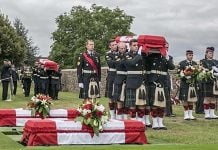 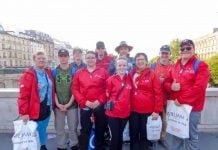 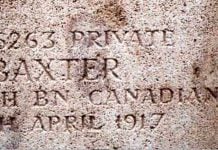 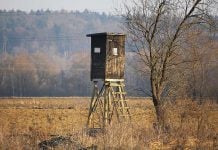 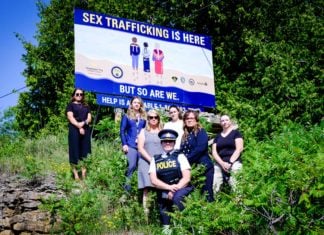