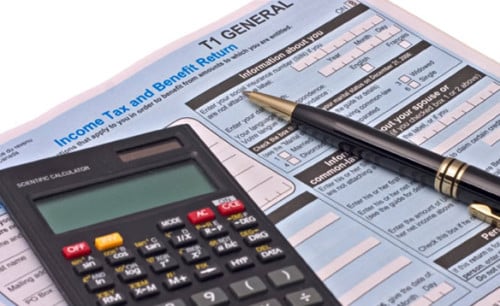 GORE BAY—The goal of council for the town of Gore Bay this year has lowered the tax rate on its budget this year to help offset the increase in property reassessments applied by the Municipal Property Assessment Corporation (MPAC).

“On behalf of council and myself, I would like to welcome everyone here tonight to our public meeting to discuss the 2013 budget,” said Gore Bay Mayor Ron Lane at a meeting last week. “Council wishes to have the input of all taxpayers prior to approving the proposed budget (which was passed by council at a meeting on Monday). We feel it is important to present to the taxpayers what we have worked on. The budget process is probably the most important thing council does in the year, with the help of each committee and town staff.”

“We have been working on the budget since November,” said Mr. Lane. “We continue to implement a five-year capital plan which started last year to see, for example, what roads need repair and machinery needs to be replaced and to assist with future budget deliberations. We are in the second year of this plan. Our goal is to try to keep tax increases to a minimum but realizing that with inflation (currently 1.4 percent) our operating costs will go up,” he said. “Council has lowered the tax rate this year to help offset the reassessment applied by the MPAC.”

“We have in this budget tried to keep tax increases to a minimum and have certain income,” said Mr. Lane. “One of the things that has happened to affect the budget is that all of a sudden assessments for most property owners has gone up. We tried to take into account the increases in assessment through MPAC this year, and in looking at our budget tried to cushion the blow.”

Mr. Lane presented a list of municipal responsibilities, such as town administration, but noted council can only control 43.7 percent of its overall budget. Costs such as policing, District Services Board, Manor, planning board, and education levies are costs the town does not have any control on.

In looking at the budget highlights for 2013’s one-time projects, the town has received $57,500 through the gas tax refund, and $16,500 will put into road repairs and sidewalks. The town purchased a new truck and sand/salt spreader for $27,374. The town put $5,716 toward a door to provide handicap door access to the municipal office, $4,240 to replace two outdated fuel tanks at the municipal garage, $4,000 for the replacement of windows at the old municipal building, $35,660 for the marina repair and service improvements, as well as $12,500 having been put toward enhancements to the main street business area, such as new benches and flower containers to help spruce up the appearance of the main street.

“Our policing costs have increased significantly, by 10.5 percent, which we don’t have much control over,” said Mr. Lane.

There were many proposed items not included in this year’s budget, said Mr. Lane, who told the meeting 48 percent of the town’s daily operating expenses are made up of 49 percent from taxation, dock revenues at 29 percent, rental revenue 14 percent, administration fees of five percent and government grants of four percent.

Mr. Lane pointed out the town is looking to build a breakwall this year at a cost of $1.2 million (of which the town already has funding in place for), as well as road maintenance of $57,000. “We are making applications to governments for breakwall permits and hope that construction will take place this year, which will protect the town docks and boats,” said Mr. Lane, noting that extensive renovations have been undertaken at the community hall, which was paid for through grants, fundraising and donations.

“Again, one of the driving forces behind all of this is that knowing everyone this and for the next three years will probably see an increase in assessments,” said Mr. Lane.

“Each taxpayer will be affected differently depending on the overall MPAC assessments increase/decrease applied to their property,” said Mr. Lane. “If MPAC had not come along you would probably be paying the same or a little less this year.”

“My biggest beef with the budget is over the last several years we have put a lot of money into the wharf. We have a beautiful marina, and now you are talking about a breakwall for $1.2 million,” said Jim Woods. “Do we need this now the way the economy is, and how is boating going to be? We had a good year last year but the docks weren’t full.” He proposed more money should be going into road repairs for Meredith Street West to Boron Street South. The new roads have only been in place two year and they are falling apart, he said, pointing out Phipps Street needs extensive work done.

“We need boaters as we make money at the marina, but if we want people to visit the town, we also need good roads to travel on,” said Mr. Woods.

Mr. Lane noted the breakwall work is being done as it was discovered a couple of years ago that winds north and northeast damage the existing outer docks, and boaters can’t dock there.

“As for roads, we know Phipps Street is bad, we applied last year for federal infrastructure funds, but were turned down,” Mr. Lane said. “For the repairs for Gore Street (over $1 million) it took three funding applications to get funding. So we will try again with Phipps Street, which we know needs to be repaired entirely.”

“This council has tried to refocus efforts on public works as much as we can,” said Mr. Lane. Bob Prior said he has not seen anything from the town as far as completing the water system including putting sewers in areas of the town they currently aren’t in place.

However, Mr. Lane said this is not part of this year’s budget deliberations.

On a question by Ruby Croft, Mr. Lane told the meeting the town is not using any of its reserves this year toward the budget proposed. Currently, the town has $139,000 in capital reserves, as well as money in other reserves such as for roads and fire services.”

“It irritates me that the town can be looking at putting sewer service at the three lots you are proposing to sever and sell on Lighthouse Road, but I’ve been here 38 years and there are 15-16 houses in my neighbourhood that don’t have these services,” said Mr. Prior, noting it also discourages future development.

Mr. Lane said there is a lot of future potential development areas in the town. “What we need is for someone to come forward with a development idea. If we get enough development in all areas of town, such as yours (Mr. Prior’s area), then we would be able to look at sewers for the whole area.”

Blair Johnston said that on Van Horn street he extended the sewer-water to his property, then the town took it over.

“It’s very unfair that someone’s assessment is the same as another property owners when we don’t get all the services other areas in town do,” said Mr. Prior.

Ms. Clarke said in looking at assessments, MPAC should be taking this into account that Mr. Prior and other residents are not getting all the town services.

“We do have property in town that has not been developed,” added Mr. Lane.

Council passed the proposed budget at a meeting on Monday.