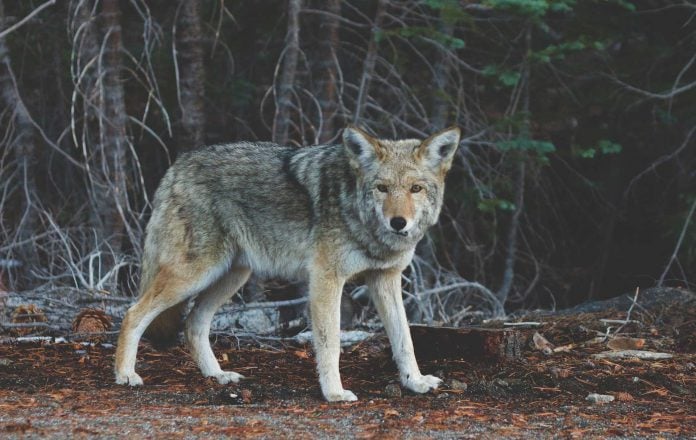 EVANSVILLE—Although details are still to be ironed out, Burpee-Mills Township council has agreed to go ahead with a compensation predator program for farmers’ livestock being killed by coyotes in the township.

“We’re going ahead with the bylaw and program,” stated Ken Noland, reeve of Burpee-Mills, after a council meeting Monday evening. He said the municipality “is allowed to put a compensation program together for livestock predators. We will be working out all the details and looking at its implementation by January 1, 2018, which is our goal.”

Mr. Noland pointed out there has been an influx of coyote harassing and killing local farmers’ livestock recently. “We had another coyote kill of livestock in the last few days in the township,” he told the Recorder Tuesday.

As reported in last week’s Recorder, Reeve Noland explained one farmer in Burpee-Mills had to shoot eight coyotes within one week who were out harassing and trying to get his cattle on his farm. He pointed out that originally there had been a wolf bounty in place through the province that provided $25 per livestock animal killed by a predator. Municipalities had a similar bounty in place for chickens and other animals they owned. However, municipalities then received flak for having the bounties in place and the Ministry of Natural Resources cancelled the bounty program. So municipalities on Manitoulin Island went together to have a bounty system in place ($75 per animal) through the Manitoulin Municipal Association. It was at this time the province came forward and said if the local municipalities cancelled the bounty program they would provide a livestock compensation program.

However, Reeve Noland noted the current provincial predator control program does not work. “From what I have been told,  as little as one in 10 farmers claims are currently approved by the province. One of the reasons for this, in the case of sheep for example, a coyote will come in, kill and keep the sheep and there is no carcass to show the claims investigator, so the farmer gets no compensation for this.”

“Coyotes pretty well eliminated sheep farming on Manitoulin Island in the past, because the losses were too heavy,” added Reeve Noland.

In a related issue, in September, Burpee-Mills council had passed a resolution in support of the town of Oro-Medonte. “Whereas the Township of Burpee and Mills council is in agreement with the Township of Oro-Medonte’s resolution of August 9, 2017, now therefore the Township of Burpee and Mills resolves to respectfully request that the province: A) expand the Ontario’s Wildlife Damage Compensation Program (OWDCP) to include evidence of partial carcass’ to allow eligible producers to process legitimate claims; and b) rely more heavily on the opinions of the municipal investigator, as they are experienced, familiar and knowledgeable with the municipality’s producers, as they continue to process genuine and valid applications; and c) that this resolution be submitted to the premier, the Ministry of Agriculture, Food and Rural Affairs, the Ontario Sheep Marketing Agency, and the Beef Farmers of Ontario.”