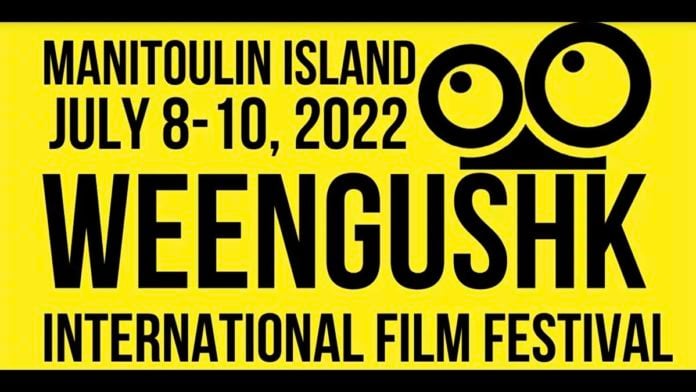 ﻿M’CHIGEENG—It has been a challenging couple of years for the arts, with many events moving online with mixed results, but this year Weengushk International Film Festival (WIFF) will return with 40 live showings. The festival will feature a very special guest at the Closing Night Gala, Tom Cochrane! The legendary musician best known for ‘Life is a Highway’ and his work with Red Rider will be closing WIFF 2022 with a live performance at Four Directions Complex in Aundeck Omni Kaning.

The theme of this year’s event is ‘Write from the Womb’ and showcases women, two-spirit and non-binary Indigenous filmmakers, changemakers, musicians and creatives. WIFF founder, director, actor and writer, Dr. Shirley Cheechoo, chose the theme to help amplify and recognize the voices of women.

The festival will bring together film industry veterans as well as new and emerging independent filmmakers. Opening night will showcase important changemakers and keynote speakers, along with a screening of the film ‘This Changes Everything’—a deep delve into gender disparity in Hollywood as seen through the eyes of actresses and female filmmakers. The film will be followed by an all-female panel of filmmakers, including globally acclaimed award winning director and Officer of The Order of Canada Alanis Obomsawin, established creator, creative director and producer Denise Bolduc, founder/executive of Reel World Film Festival, actress, producer, director and activist Tonya Lee Williams (Dr. Olivia Barber Winters from ‘The Young and the Restless’) and the panel will be moderated by award-winning director, producer and filmmaker Phyllis Ellis. The night will wrap with musical performances by Six Nations of the Grand River’s blues and singer-songwriter Lacey Hill and international artist Iranian contemporary folk music Rastak.

On Saturday, participants will be able to access film screenings of both feature and shorts films across 10 programs at both locations, Four Directions Complex and AOK Band Office in Aundeck Omni Kaning. There will also be workshops held at Weengushk Film Institute (WFI) all day with industry-led professionals such as Tina Keeper, Ben Cheechoo, Elaine Bomberry, Sara Alfaro and more. The day will conclude with a free youth horror night screening of Nyla Innuksuk’s sci-fi/horror film ‘Slash/Back.’ The film follows Maika and her ragtag friends who discover an alien invasion in their tiny arctic hamlet, it’s up to them to save the day. Utilizing their makeshift weapons and horror movie knowledge, the aliens realize you don’t mess with girls from Pang.

WIFF’s closing film will be a special screening of Bretten Hannam’s ‘Wildhood,’ a feature length drama that follows two brothers who embark on a journey to find their birth mother and reconnecting with their Indigenous heritage along the way.

The WIFF 2022 will close with a red carpet gala and award show that will include dinner, awards, keynote speakers and entertainment—including George Leach, Rastak and more.

WIFF aims to amplify marginalized voices and stories that have historically been silenced. The festival has created space for young Indigenous artists and filmmakers to take control of their own narratives, showcasing stories that are unique to their communities, strengths and challenges. Free workshops will be held at the Weengushk Film Institute in M’Chigeeng First Nations. Screenings and concerts will be held at Four Directions Complex and AOK administration office in Aundeck Omni Kaning on Manitoulin Island.

“It has always been our mission to support Indigenous and emerging voices that have historically been marginalized. We are proud to be able to continue to host our festival and come together in-person this year,” said artistic director Dr. Shirley Cheechoo C.M in a release.

WIFF remains committed to our core philosophy to present valuable films that emphasize Indigenous voices and educate audiences on human rights, social issues, and the environment, while providing entertainment and an escape during these times of uncertainty. The full lineup of films and in-person events will be announced in the coming week on the Weengushk International Film Festival website.

WIFF 2022 will close with a Red Carpet Gala and Award Show starting at 5 pm on Sunday, July 10. The Closing Night Gala pass is $145 plus HST and the evening will include dinner, awards, keynote speakers and entertainment, including R&B, soul, blues and rock musician and actor from Lillooet, BC, George Leach and Iranian contemporary folk music ensemble Rastak alongside Tom Cochrane! 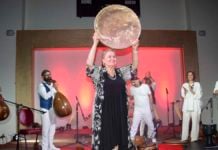