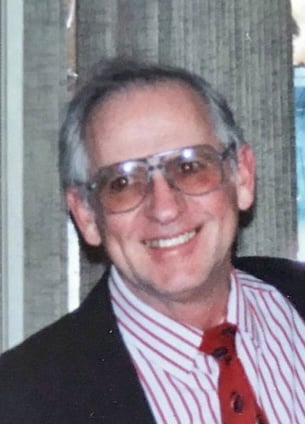 WILLIAM H. ‘BILL’ TAYLOR
William H. ‘Bill’ Taylor, 85, passed away peacefully, surrounded by his wife Gloria and their children at Pioneer Manor, Sudbury. Lovingly referred to as Papa by his family, Bill was the son of William and Mae Taylor. Survived by his beloved wife Gloria (nee Jarava), and his children and their partners; Rose Singbush (Alex), Bill Taylor Jr. (Karina), Kevin Taylor (Thom), and Kim Taylor Leblanc (Eric). Deeply loved Papa by his grandchildren Emily and Marissa Singbush, and William, Cristian, and Isaac Taylor-Perdomo. Born in Mindemoya, Manitoulin Island in 1936, Bill is survived by his siblings Wilda Campbell (Wallace predeceased), Wayne (Roberta predeceased) and sister-in-law Nonie (Doug predeceased). Predeceased by his brothers John (Lois), Wally, and Frank (Marilyn). Predeceased by his father-in-law ‘Chaco’ Isaac Jarava with whom he embarked on many adventures during his time in El Estor, Guatemala. Bill’s legacy in the mining industry runs deep in Sudbury and around the world, with his father and brothers all having worked for INCO at the same time and each eventually retiring from the Copper Cliff operations. During his time with INCO, Bill spent time in the far North and further afield in New Caledonia, eventually settling in Guatemala where he would meet and marry his wife Gloria and grow their family. After retiring from INCO in 1990 Bill continued to work as a Mining Consultant, which took him and Gloria to Honduras, Venezuela, and Panama where they expanded their circle of friends. Bill will be remembered for his love and generosity, which he shared with family and friends as well as for anyone who needed assistance. Tio Bill/Don Bill will be deeply missed by his extended family in Canada and Guatemala, including many nieces and nephews and especially his niece Maria del Carmen Holm who shared his love of sweets. During his working years, as well as in retirement, Bill’s generosity touched many lives. Early in his career Bill founded Idyll Glen camp ground on the shores of Lake Mindemoya on land previously owned by his Grandpa Wagg, it was the first tent and trailer park on Manitoulin. He also worked in El Estor, Guatemala where he was part of the exploration team that founded the Exmibal Mine. Bill’s work as a mine safety specialist extended beyond his professional experience. As an active volunteer, Bill helped to secure humanitarian aid for those seriously affected by the 1976 earthquake in Gualan, Guatemala. He was also a man of humble faith, active in the construction of the Catholic Church in El Estor and an active member of the Catholic community of Our Lady of Canada in Mindemoya. Bill was a resourceful man, lending his know-how; in retirement by becoming president of the Central Manitoulin Historical Society where he helped expand its scope by championing the construction of the Central Manitoulin Welcome Centre and Pioneer Museum grounds. An avid gardener, he took great pride in the bounty of his garden and all manner of tools that he ‘MacGyvered’ to make every task easier. Gloria and her children wish to express their deep appreciation to the employees at the Sudbury/Manitoulin Alzheimer’s Society and the staff at Pioneer Manor who compassionately cared for Bill. Funeral Service will be held at St. Patrick’s Catholic Church, 39 Walford Road, Sudbury on Saturday, October 16, 2021 at 11 am followed by a Celebration of Life at the Lively Golf Club. Facemasks and social distancing are mandatory. For those who wish to honour Bill’s life, donations to the Sudbury-Manitoulin North Bay Alzheimer Society will be greatly appreciated. Please visit: Alzheimer.ca/Sudburymanitoulin.