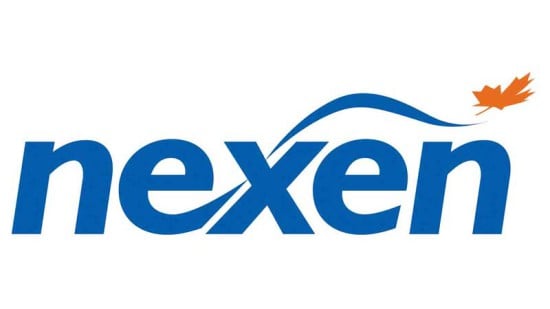 Terry Debassige, in his remarks to the Kairos-organized ‘Making it Matter’ event in Mindemoya last Saturday drew some interesting analogies concerning the relinquishing of control over vital national resources in the context of Canada’s first people’s experiences with colonizing forces.

Mr. Debassige, of M’Chigeeng, is an expert on the treaties that established the original boundaries of the first nations communities, “reserves,” in our region and that also set in place the relationship between the First Nations people of Manitoulin and area and the federal government, acting on behalf of Canada’s head of state, the Queen (or King) of Great Britain.

It was through treaties such as those of 1836, 1850 and 1862, in this area, that First Nations people agreed to relinquish the vast majority of the land on which they had traditionally lived, hunted and fished, buried their dead, in return for a modicum of security from the Queen/King, delivered by the Government of Upper Canada and, after 1867, by the Canadian government.

Mr. Debassige was commenting on the proposed takeover of a large Canadian oil and gas firm, Calgary-based Nexen, by the China National Offshore Oil Corporation for $15.1 billion.

Nexen is a player with resources in, among many other properties, the Athabaska Oil Sands in Alberta and so can be readily seen as a Canadian company that controls a substantial share of a natural resource that is vital to Canada’s self-interest.

Mr. Debassige was, essentially, casting China in this particular situation as a current-day colonizing agent that seeks resources it cannot supply at home as a way of enriching its own homeland.

This certainly strikes a note and Mr. Debassige’s perspective is clear: after 1759 and the British defeat of the French at the battle of the Plains of Abraham at present-day Quebec City, all of the land that is now eastern and central Canada with its vast resources was available to Great Britain. They used this vast territory to create enormous wealth in Great Britain. The same thing was going on in India, the West Indies and much of the southerly portion of the African continent at the same time.

The oil and gas reserves that Nexen has in this country, Mr. Debassige implied, are analogous to the fur pelts, the timber and the minerals, the extraction and sales of which 250 years ago created far more economic benefits to the extracting agents (the British) than they were to the majority of the population of this country at that time (the First Nations).

Mr. Debassige’s warning was simple: do we really want to be handing over control of some of the earth’s most prized resources, energy fuels, to a foreign power, especially one whose business practices and human rights records are questionable?

Precisely because of the nature of the resources over which Nexen has control, the federal government has the hammer with respect to the approval for the takeover it will either grant or deny. It is encouraging to read that the government in Ottawa is taking at least a month to consider and balance the gains and losses to all Canadians should such a deal be allowed to proceed.

In a situation like the Nexen one, Canada at least gets the well-paying jobs associated with the extraction and initial processing of the oil sands. The actual product and the profits associated with its sales go to the other side of the world.

There is a pretty clear analogy here with the First Nations people of the 18th and 19th centuries: they exchanged beaver pelts, for example, for food, trade goods and perhaps even a few (to them, at that time) modern conveniences.

But the products, and the wealth associated with them, went directly to Great Britain.

Mr. Debassige’s point was, essentially, “have we learned nothing from the First Nations experiences?”.

His concerns do hit home and the comparison is a neat one that should certainly be able to be appreciated by all of the people of Manitoulin Island.

It is certainly a fact, and an ironic one at that, that because of the unique combination of a relatively small population, an enormous land mass and bountiful natural resources that Canada requires outside capital to develop those resources and so create jobs both directly and indirectly related to this process.

The First Nations people over the past two and a half centuries in effect had their trading partners thrust upon them as a consequence of wars fought and won by the British both on this continent and in Europe.

But in the case of Nexen, the Chinese government-controlled China National Offshore Oil Corporation, our government is in a position to not grant approval to this proposed takeover.

The federal government, however, may not wish to take this step in light of other, less sensitive, investments it hopes China will make in Canada.

But in this case, withholding approval is precisely the proper course of action. If Nexen’s holdings are valuable, they will also be valuable to other investors who are equally well capitalized but who do not carry with them the political baggage that is part of any international Chinese endeavor.

Mr. Debassige’s observations and concerns are rooted in over two centuries of experience and should give all Canadians a useful reference point on this issue and other similar ones.