Canada has managed to undermine its own laws and subvert any meaningful content to “Aboriginal Title.” I believe many First Nations citizens need such an historical and legal orientation. Perhaps effective solutions to the very long-standing deficiencies in this and other federal policies can be addressed if First Nation priorities are more effectively articulated and brought to bear on the federal agenda. While such a turn is not likely under the current government, which is hostile to First Nations interests in lands and resources, it is important for more First Nations citizens to develop some common understandings about Canadian policy and international human rights standards.

It seems to me at present that those who understand the how federal “aboriginal” policy contradicts our objectives and common interests are in a minority within our First Nations communities and leadership. How else could the same defective government policies aimed at eliminating the aboriginal title and rights of our peoples have been tolerated for 40 years now, when we have a basic human right to live and sustain a livelihood on our own lands? Instead of insisting on fair standards and educating the population about the law and our history with Canada we, for the most part, remain dependent on government programs which ignore our legal rights and the legacy our forefathers established with the Crown through treaties, agreements and understandings made under our own authority.

The history of Canada’s comprehensive land claims process provides a clear example of how past injustice is compounded under the guise of implementing ‘the law’ as it is not the interests of First Nations that drive these policy frameworks, but the interests of others that are preserved by these faulty approaches. Meanwhile Canadians are not truly educated about their own history and laws, let alone made aware of the human costs suffered for their own development. The need for educating the public about Canada’s indigenous peoples had been a key recommendation of the Royal Commission on Aboriginal Peoples and forms an aspect of most official inquiries or commissions into the matter that I am aware of. Canada’s courts have only recently begun to refer to “reconciling” the legal interests of indigenous peoples with the Crown. The fact that there remain so many unresolved legal interests in Canada comes as no surprise to First Nations. Canadian officials continue to subvert any true reconciliation of these conflicting legal interests by limiting action outside the courts to a complex array of rigid policy frameworks and processes designed to strictly limit and contain the ultimate significance of any rights that courts have been willing to affirm. This seems to be far too little, too late when one considers the hope some placed in the addition of Section 35 to Canada’s Constitution Act in 1982. However, the courts remain reluctant to prescribe solutions or identify guiding principles for fair processes to address this conflict of interest which has prevented progress toward an process for effective reconciliation. Faulty government approaches effectively limit, rather than seek to promote, access to the capital required to substantively participate in the economy. The basic conflict of interests intrinsic to any of the Government of Canada’s efforts to address the fact of aboriginal title and rights have not been adequately recognized and accounted for. Existing law appears to require that the Crown must simultaneously protect its citizens and investors, while also having a duty to balance those interests with that of the so-called “Indians,” whose presence predates the assertion of Crown authority in most every part of this country. I believe it is these conflicting legal, political and economic interests which must be addressed before the legitimacy of the much vaunted “rule of law” can be said to have been established. As it stands today, indigenous peoples in Canada continue to be the top human rights problem observed by the international community. The ongoing official denial of this fact means we have not even begun to address the real problems, which some Canadians continue to blame on the indigenous peoples themselves. The outcome is that First Nations are not permitted to sustain ourselves with our own lands and resources, unless we surrender control to Canada. I wonder how Canadians would react if their basic means of subsistence were systematically stripped away from them under the guise of the “rule of law.” Under the federal government’s interpretation of the common law, indigenous peoples’ in Canada can only establish their rights to lands and resources in court, where outcomes remain unpredictable and cultural ignorance continues to prevail. The official alternative is limited to submitting our inherent, aboriginal and treaty rights to a complex array of federal policy frameworks, designed by one party of legal interests to maintain a status quo that has kept First Nations impoverished since before Confederation. These are the types of briefings the UN Rapporteur, James Anaya, should be getting from each and every indigenous nation he meets in Canada. Reference should also be made to numerous reports by UN Human Rights monitoring bodies. These reports have repeatedly expressed concern with “the direct connection” between the social/economic marginalization of indigenous peoples in Canada with the “ongoing alienation” of their lands and resources. The long-standing international human rights principles that recognize the right to self-determination of “all peoples” include the provision that “no peoples should be deprived of their means of subsistence.” Canada’s comprehensive claims policy does not provide for the recognition of aboriginal title, despite the fact that the Supreme Court of Canada has recognized it as a collective property right predating the assertion of Crown authority. The policy assumes a precondition that the First Nations title holder must either surrender its title or agree to convert its aboriginal title and rights to fee simple and/or some similar provisions under an agreement.

The UN has condemned both approaches, but Canada routinely walks away from negotiations with any First Nations proposing to share management of its aboriginal title lands or resources with the Crown. Under the existing policy, a First Nation must give up its constitutionally recognized rights to the Crown if it wants to negotiate a reconciliation of these existing rights with Canada’s assumed jurisdiction. Canada insists that no other legitimate option is to be considered, even though the so-called “assertion of Crown sovereignty” over such lands has yet be effectively challenged. It will make for an interesting legal debate, as the legal fictions used to establish such colonial assertions, such as the Doctrine of Discovery and terra nullius have been increasingly discredited as racist legal fictions. These modern developments are important because such colonial policies of the past serve as the foundation for current Canadian policy frameworks. By understanding the implications of this particular federal policy on comprehensive claims within the context of international human rights law, it opens one’s mind to a better understanding of the absolute failure of most government policy frameworks to improve the low quality of life most indigenous peoples in Canada continue to endure, while most the rest of its citizens enjoy amongst the highest qualities of life in the world. It is not so much an issue of sovereignty in either the international or domestic context.

An informed perspective on basic human rights and self-determination will also be important to honoring the First Nations treaties with the Crown. International human rights standards don’t mean much if we don’t utilize the observations of the past reports by UN bodies, let alone put our case forward more assertively within that context.

Our dependence on government financing appears to make it way too difficult to be more effective criticizing our colonizers. Since learning about this over 30 years ago, I have always wondered why we accept handouts, when our very access to a real livelihood based on our existing rights, should already be protected under existing laws and principles at almost every level. We should not fear our own rights to self-determination, as this will be the key to self-reliance in the future and for our very survival as distinct peoples. The only alternative on offer by Canada are the deficient municipal models by which the Crown’s current policy frameworks seek to confine and limit our prosperity in our own lands. 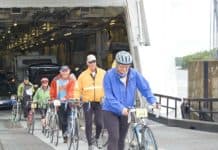