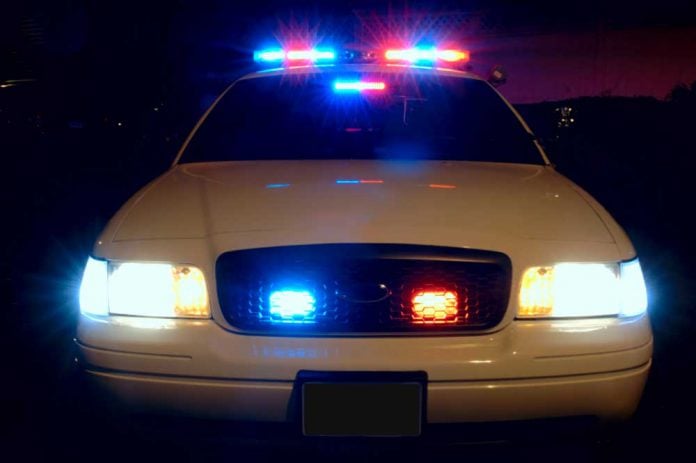 On Sunday, May 13, an officer from the Manitoulin-Espanola Detachment of the Ontario Provincial Police (OPP) was conducting traffic patrols on Cross Hill Road in M’Chigeeng First Nation.

At approximately 3:52 am, the officer conducted a traffic stop. Investigation revealed that the driver had been consuming alcoholic beverages.

As a result, a 17-year-old male from Central Manitoulin Township has been charged with: driving while ability impaired by alcohol and driving with over 80 mg of alcohol in blood.

The youth cannot be identified under provisions of the Youth Criminal Justice Act (YCJA).

The accused is scheduled to appear before the Ontario Court of Justice in Gore Bay on June 19.

On Tuesday, May 8 at approximately 7:27 am, members of the Manitoulin-Espanola Detachment of the Ontario Provincial Police with the assistance of the Sudbury-Manitoulin District Emergency Medical Services (EMS) responded to a single motor vehicle collision (MVC) on Highway 540 in Dawson-Robinson.

Officers attended and determined that an east bound pick-up truck, with five occupants, had left the roadway. As a result of the collision, three males were transported to hospital by ambulance with non-life threatening injuries.

Robinson Fire Department assisted at the scene of the accident.

“We are very thankful for their response and help at the scene,” said Constable Marie Ford.

Highway 540 was closed for approximately five hours while officers investigated the collision. No charges have been laid.

Ontario Provincial Police (OPP) and its municipal law enforcement partners have received and rendered safe hundreds of weapons and thousands of rounds of ammunition during a month-long Gun Amnesty.

During April 2018, the OPP: received 592 gun amnesty calls for service, 86 of which (or 14.5 percent) were received through the online reporting option on the OPP website; recovered 689 items through appointments made with OPP officers including 267 rifles, 156 shotguns, 113 prohibited firearms and 62 other guns such as replica and vintage weapons. The OPP also collected 12,615 pieces of ammunition.

All Ontario police services participated in the month-long initiative. During that time, a total of 1,503 guns were voluntarily surrendered in non-OPP jurisdictions.

A majority of firearms that have been surrendered to police will be destroyed, but a number of guns will be retained for historical, educational or training purposes. Although the gun amnesty has officially ended, police will continue to accept submissions from the public. Interested gun owners may call the OPP at 1-888-310-1122 or their local police service’s non-emergency lines to arrange for officers to attend and safely retrieve the weapons.

Police continue to encourage members of the public to turn in unwanted weapons despite the conclusion of this initiative. Police retain the ability to exercise discretion (amnesty) regarding weapons related charges at all times, not just during this month long event. The public is reminded that no one should ever deliver guns, ammunition or military ordinance directly to police facilities.

As we ease into the warmer weather, Staff Sergeant Webb, detachment commander of the Manitoulin-Espanola OPP, reminds motorists that “Canada Road Safety Week is approaching May 15 until May 21, during this time the OPP will be focussing on the ‘Big Four,’ which consists of impaired, inattentive and aggressive driving as well as lack of seat belt use. These causal factors account for the majority of MVC fatalities in jurisdictions across the country, including those policed by the OPP.”