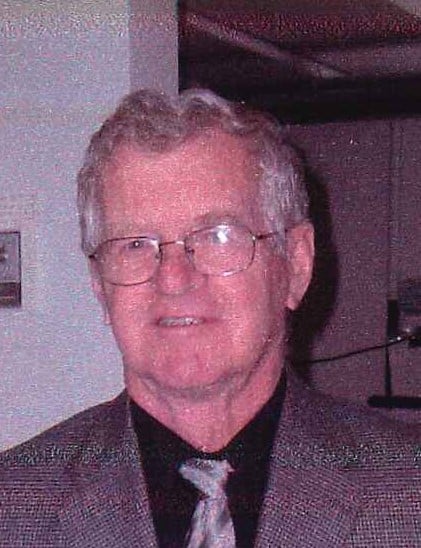 BRUCE DUNCANSON
Bruce Duncanson of Gore Bay and Silver Water, passed away peacefully with his family by his side on Tuesday, December 28, 2021, at the age of 91. Survived by his loving wife Irene, for over 63 years. Cherished father of Jeff (Judy) and Glenn (Robin). Special grandpa to Grace and Owen; uncle to nieces Debbie Brotherston and Judy (Frank) Nocera. He will also be sadly missed by his sisters-in-law Alberta Graham, Ardith Cull and Gladys (Murray) Duncanson; brothers-in-law Oliver (Sue) Coburn and Hubert McGibbon; many nieces, nephews, cousins and friends. Predeceased by his parents Arden and Ruth (Buck) Duncanson, sister Norine (Emil) Bub, brother-in-law Jack Cull, sisters-in-law Frances (Chesley) Wallace, Betty McGibbon and Barbara McCannell. Bruce lived for family and community. He was a charter member of the Robinson Local Services Board. He was a volunteer with the local fire department until the age of 80, as well as a member of the Community Hall board and the local school board. He was a stewart at St Andrew’s United Church for over 60 years. He also found his singing voice later in life and joined the choir. From an early age, Bruce worked the family farm with his father, while (like Glen Campbell) he worked as a “Lineman for the County” doing line repairs. He spent many years doing road construction and plowing snow. He also had a hand in the construction of many of the cottages still enjoyed around Silver Lake, including his own retirement home. Bruce was an avid antique car enthusiast and a talented artist. His hand painted signs were seen all over Manitoulin Island, and Manitoulin Transport continues to carry one of his designs as their logo. Bruce was a well-known fixture at his grandkids’ events, rain or shine. He took great pride in their accomplishments, whether it was public speaking, track and field, school plays or hockey games. If there was an event that was important to the grandkids, Grandpa was there. Bruce loved nothing more than meeting new people, and was famous for learning the life story of complete strangers in just a few minutes. He called this the “Duncanson gift.” A graveside service will be held at Silver Water Cemetery in the spring of 2022. Memorial donations may be made to the St. Andrew’s United Church, Silver Water (cheque to funeral home) or the Mindemoya Hospital (Let’s Emerge Together) as expressions of sympathy and may be made through SimpsonFuneralHome.ca.