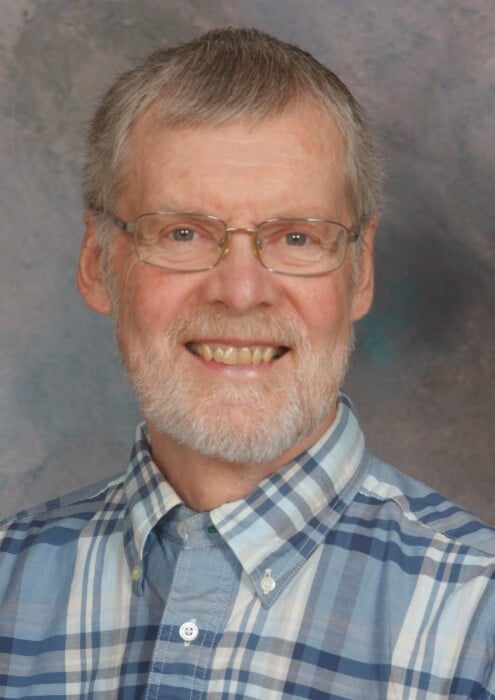 RODERICK “RORY” MUTCH
November 21, 1946 – January 5, 2022
Rory, as he was known to friends and family, passed away at home, as per his wishes after a long and difficult journey with vascular disease following an Aortic Dissection in 2013. Rory is survived by his wife Kathryn, of 51 years; daughters Carly and Linsey (Marcel MacDonald) and grandchildren Rowan, Amelia and Rory who called him papa! He leaves behind his siblings Elaine (Tony) Petermann, Linda (George) Seaden and Douglas Mutch and was predeceased by his mother Dinah and father Alexander (Sandy) Mutch. The 151⁄2 years of retirement that Rory and Kathy have lived on Manitoulin Island on Nameless Lake and now in Gore Bay, is the longest that either one has lived anywhere. Rory drove a school bus for six years which gave him lots of time between runs for golf and playing on the property with his chainsaw and tractor. He volunteered at the Visitors’ Centre and as treasurer at Misery Bay Provincial Park, on the council of Lyons Memorial United Church and as treasurer of the Gore Bay Curling Club for several years. Rory studied Mining Engineering at University of New Brunswick and then Commerce and Economics at Laurentian University before launching a career in underground mining which took him and his family on some interesting adventures to Ontario mining communities, Onaping, Dowling, Marathon, Timmins and Thunder Bay. The family lived in Queensland, Australia for over three years while his daughters attended high school and he worked in Papua New Guinea, his last overseas job was in Zambia, Africa. A Celebration of Life will be held at a later date via the Zoom platform. The family would like to thank Dr. Shelagh McRae, Dr. Maryna Harelnikava and Rev. Mercedes Hughes for their care and compassion during his illness. Donations may be made to the Gore Bay Medical Centre, Mindemoya Hospital (Let’s Emerge Together) or the Lyons Memorial United Church and may be made through SimpsonFuneralHome.ca.