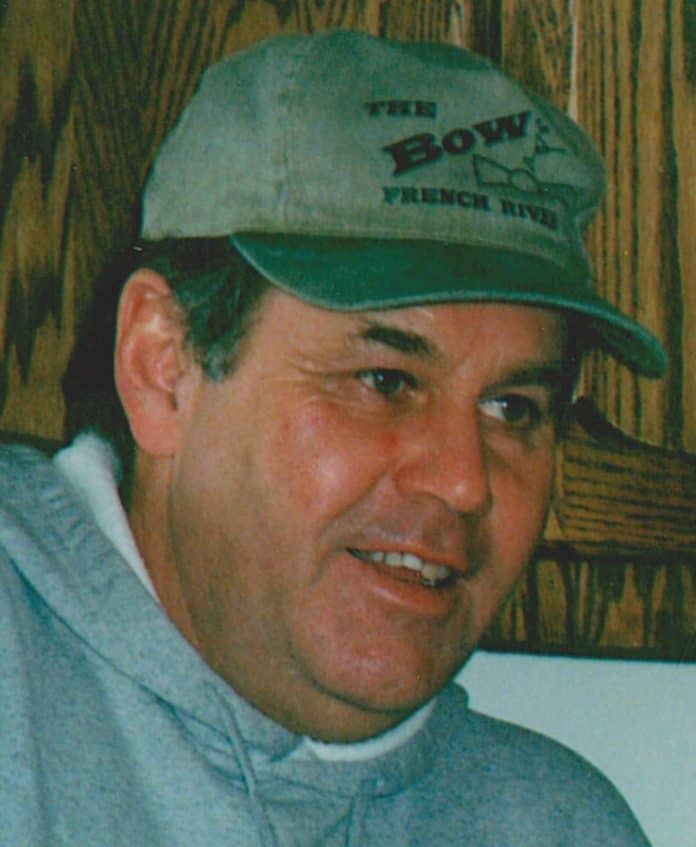 BRUCE GORDON BLAIR KNIGHT
1951 – 2020
It is with saddened hearts that the family of Bruce Knight announces his passing at 69 years. Bruce was born on Sunday, April 15, 1951 in North Bay, Ontario to Josephine and Gordon Knight and left for the spirit world on Wednesday, December 2, 2020 in Little Current, Ontario. He is survived by his devoted honey and wife of almost 48 years, Sylvia Knight (nee Kaboni) and daughter Melanie Knight both of Wiikwemikoong Unceded Territory. Bruce grew up with his brother, John Knight (Nancy) of Slave Lake, Alberta, and sisters, Eileen Douglas (Al) of Toronto, Ontario, Beth Schat (Rick) of Beamsville, Ontario, and Kelly Steele (Michael) of North Bay, Ontario, along with Michael Chevrier and Judy Arksey, and many cousins from the Knight, McLean, and Liberty families. Bruce will be fondly remembered by his in-laws from the Kaboni family and many nieces and nephews, including his godchildren, Fraser Douglas and Tara Dowdall. He held his friendships dear to his heart, and they included Billy Dowdall, Victor McLeod, Leo Norman, Ron McEwen, Noel Redmond, Danny “Chiefy” George and Allan Jolly. Throughout his life he worked hard, but always found time to enjoy it as well. Bruce was a storyteller who never shied away from talking to all those he encountered. He hunted moose and fished the waters of Bassy Lake since he was a child and hunted deer at his sister’s cottage on Go Home Lake every fall. He even had the opportunity to hunt goose with his buddy, Allan, on James Bay and Hudson Bay. During high school, he played football for the Widdifield Wildcats and was the MVP in 1968. He had great pleasure in watching football and cheering on his beloved Montreal Canadiens. Together, Bruce and Sylvia, built a kabin on the shores of Jocko Bay on Manitoulin Island, where their time was spent peacefully overlooking the Bay and gathering with family and friends over the past 20 years. He retired from the MTO in 2001 as a highway survey technician. He took great pride in grooming his yard and taking care of the graves of his family in Kaboni. Every Sunday, The Gospel Hour and Country Classics filled his home and CBC radio was also a staple each day. Bruce suffered from rheumatoid arthritis for many years but that never stopped him. If anything, it motivated him to stay active up to his final months when cancer weakened his body. His love for his honey, Sylvia, spanned close to 53 years from the time they met at Widdifield High School in North Bay. Bruce doted on his honey and ensured she would be prepared and taken care of upon his passing. He is no longer suffering and will be remembered in the stories and hearts of many. In accordance with his wishes, cremation has taken place. Family and friends will be invited to attend a religious service and a Celebration of Life at a later date when health and safety restrictions have laxed. In lieu of flowers, donations in his memory can be made to the Canadian Cancer Society, the Arthritis Society, and/or the Wikwemikong Nursing Home.