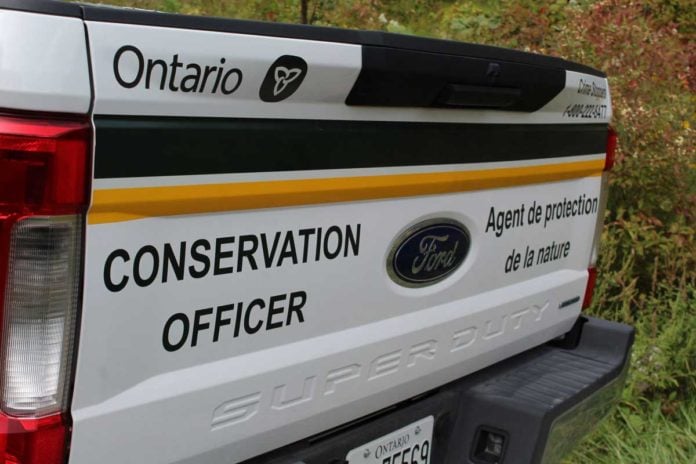 MANITOULIN—While it appears the overall deer harvested on Manitoulin Island during this year’s annual deer gun hunt is comparable in number to previous years, the number of charges laid by conservation officers (COs) with the Ministry of Natural Resources and Forestry (MNRF) has increased.

“The number of charges laid during the hunt on Manitoulin Island this year was 42,” Andrew Chambers, strategic development and issues management coordinator of the enforcement branch with the ministry told The Expositor. In 2021, COs laid 30 charges during the annual deer gun hunt on Manitoulin. In 2020, a total of 16 charges were laid, down from 25 charges laid during the 2019 hunt. During the 2020 hunt, 26 warnings were issued, with 31 warnings issued in 2019.

“Every year, our priority is hunter safety,” said Mr. Chambers. “We are in the field to ensure everyone, from hunters, to dog walkers and property owners are safe in their surroundings. This year, the most frequent charge laid was for failing to properly attach deer tag. This charge was issued eight times during the rifle hunt on Manitoulin Island.”

Mr. Chambers explained, “17 Part 1 ticket offences were issued for safety related issues during the hunt, such as fail to wear proper helmet, having a loaded firearm in a conveyance, possessing a firearm at night, and using a firearm carelessly to hunt.”

“Many charges were found to come from hunters not carrying their proper licences or tags,” said Mr. Chambers. “All hunters using a firearm to hunt must carry their licence summary which shows their valid deer licence, their tags, their landowner consent form as well as their possession acquisition licence at all times.”

“COs made 566 contacts with members of the public throughout the week of the hunt,” said Mr. Chambers “These numbers do not only represent active hunters that our conservation officers checked in the field, but it also includes property owners that hosted hunters on their property and landowners that called in a tip on our tips lines 1-877 TIPS-MNR (847-7667) about trespassing or other hunting safety related offences happening on or near their property.”

During the hunt, COs seized three firearms, with two firearms having since been returned and one is still pending, said Mr. Chambers.
“Four deer were seized during the week of the hunt,” said Mr. Chambers. “All four deer were seized in part for not having a tag attached and for it not being invalidated. In all four instances, the deer that were seized were donated to Gwekwaadziwin Miikan, which is a treatment centre based out of Aundeck Omni Kaning.”

Mr. Chambers said, “overall, the hunt went well. We were able to speak to many hunters on the Island and answer many questions. Hunting numbers did not seem to change that much this year than in previous years, but the deer harvest was dependent on location. As we checked hunters in the field and leaving the Island, it seemed that some locations were reporting seeing lots of deer, and some locations having seen not a single deer in their entire week at camp.”

“The successful hunt really has a few factors to it, such as the tags that people had, for example if they only had antlered deer tags, but they saw only antlerless deer, then they wouldn’t be successful. However, it doesn’t mean that there isn’t a large number of deer in those areas,” continued Mr. Chambers.

Mr. Chambers noted that “as in past years, we had a four-hour check station with our policing partners the Ontario Provincial Police (OPP) at the swing bridge on Saturday. The OPP conducted a RIDE check while we checked hunters leaving the Island to ensure all firearms were safety stored, and all deer were properly tagged with tags notched. On Sunday we had a few officers check hunters leaving the Island again to ensure compliance.”

Mr. Chambers explained 16 conservation officers worked the Manitoulin deer hunt throughout the week, including patrolling the waters in and around Manitoulin Island where other islands are located within wildlife management units 43A or 43B but are not connected to the mainland of Manitoulin.

“Thankfully, no injuries were reported to the conservation officers for hunting related accidents,” added Mr. Chambers. 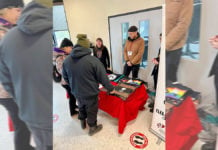 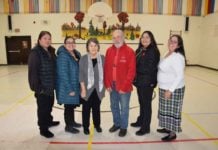