There was a time when bands of roaming pirates were able to act with near impunity as they roamed the lawless oceans of the globe seeking to profit from the work and investment of others by taking what wasn’t theirs and reselling those goods at large discounts to so-called honest merchants. The depredations of the age of pirates did not end when the countries of the world banded together to hunt them down, but the impact those high seas robberies were having on global trade was reduced so dramatically as to become negligible.

Fast forward a couple of centuries and suddenly a new ocean formed. This new ocean didn’t consist of the back and forth flow of tide and currents, but rather of ones and zeros pulsing through conduits of copper and glass to nearly every home and individual on the planet. That new digital ocean was largely unpoliced as it slowly spread across the planet and it did not take long for the pirates to re-emerge.

At first it was very low-key, just a handful of free-booting early adopters sharing digital files amongst themselves and jealously guarding their “freedom” from regulation and the oppressive hand of organized society, aka “the man.” The internet quickly became synonymous with “free.” Everything that could be turned into ones and zeros and piped at the speed of light (well perhaps somewhat slower during those long-forgotten and un-mourned days of dial-up access) could be had for the asking.

As more and more people flocked to this new digital ocean they presented a tremendous opportunity to the captains of commerce, but that culture of “free” did much to slow expansion of legal trade onto the sea routes.

When an economic opportunity presents itself, and the rule of law lies lightly upon that opportunity, it does not take long for those shackled with less than scrupulous intent to take advantage. Enter the new robber barons. First it was the file sharing applications like Napster, which almost single-handedly threatened to bring down the music industry—the music industry is still reeling from its impact. The blatant and plainly overt piracy of Napster and other such widely available vessels for piracy were eventually suppressed, but the culture of “free” upon which they fed is a legacy that remains.

The appetite for digital products and the speed with which they could be accessed also remained, so into the vacuum created by the demise of widely available means of piracy (along with the gradual loss of the online anonymity that had made getting caught highly unlikely) came new and more sophisticated robber barons multinational in scope and armed with hosts of legal experts and lobbyists to find new routes to exploiting the online culture of “free” while feverishly mining that new treasure called data.

Google, Facebook, Instagram, TikTok, Twitter and a host of other social media sites harnessed the power of the corporation and finance to vault into giants the likes of which the world has never seen and remain, to this day, largely outside of the reach of those laws created to protect the producers of the content and immune to holding up their side of society’s bargain. For all intents and purposes these new robber barons remain untaxed, barely regulated and free to exploit the hard work and financial investment of those who created the digital content so highly sought after by digital consumers.

There is no “free.” Advertising and the data that is harvested from social media sites and applications pay the costs, and the profits, that make those sites supposedly without cost to the consumer.

But the cost is not inconsequential, for all its lack of transparency.

There are two fundamental problems with the current model of the internet: they pay little in taxes to any jurisdiction in which they reap their profits, leaving the burden of paying for our modern social and physical infrastructure to an ever-dwindling number of actual producers and the general public; and they blatantly facilitate the theft of others’ property, thereby strangling those same producers who currently help to pay for the piper’s tune.

Newspapers, such as the one you are currently reading, have paid professional staff who are trained and experienced to produce the news. Newspapers support themselves with the paid advertising to be found on our pages, or in the case of the digital versions in the ads being displayed there. Much has been made of the decline of newspapers due to the drop in advertising, but truth be told there has never been more advertising in play. It is just that the revenue from that advertising is currently being hijacked by the corporate giants of the digital age.

Between them, Google and Facebook, the giant “news aggregators” of the digital high seas, accounted for a full 71 percent of Canada’s $6.7 billion online advertising market in 2017, newspapers collected just five percent of that digitally generated booty. The newspaper portion of that pie is taxed and helps pay for society’s upkeep. The social media giants not only profit from our hard work, they reap the bulk of the revenue that once helped pay for that work.

This has to change.

Other governments around the globe have begun to take steps to level this wildly skewed playing field; although much of those efforts qualify as mere drops into “too little too late” bucket, at least they are recognizing the issue and stumbling forward. Canada needs to step up. The current pandemic has greatly accelerated the destruction of our nation’s news infrastructure by vastly reducing the amount of local and national advertising available as businesses currently shuttered by the pandemic have understandably curtailed much of their advertising budgets.

But this issue has been brewing since the beginning of the World Wide Web and no one jurisdiction can reset the balance, but it is in the best interests of the nations of the world to act in concert to rein in the new robber barons. Canada needs to enact regulations that, at a bare minimum, ensure that news outlets, print, television and radio, receive their fair share of the profits being reaped from their work.

One need only look to the incredible increase in unsubstantiated and unfounded conspiracy theories currently masquerading as “news” on social media platforms to begin to understand the importance of credible news sources.

Governments simply handing out money to news outlets can only be a short-term and stop gap measure. Dependence on governments is a slippery and dangerous slope for the free and independent press our Western democracies depend upon. The answer lies elsewhere.

By ensuring that the news aggregators pay their fair share of the costs of producing the content from which they are profiting is a model that will be challenging for governments to implement but will, in the end, prove to be well worth the effort. It is in the best interests of the news industry and society in general that content providers are fairly compensated for their product and that news aggregators and other digital providers carry their fair share of the burden.

Australia and France are both in the process of ensuring that Google and Facebook adequately compensate news outlets, Canada needs to get its own act together because the burden is about to get a lot heavier in the wake of the economic hit that is accompanying this global pandemic. We will need all hands on deck if we are to recover any time soon and the digital stowaways will need to pony up their share. 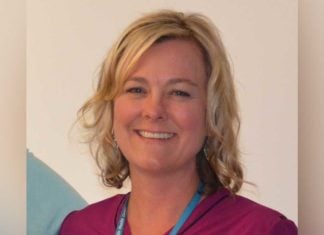