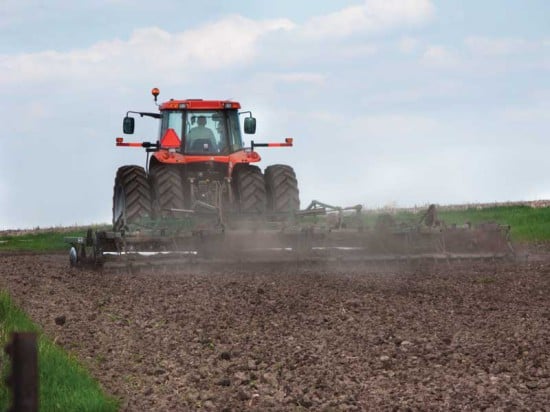 One of Manitoulin Island’s charter industries, farming, has lately not held much attraction for young people considering a career.

In fact, the number of young (age 40 and under) full-time farmers on Manitoulin can be counted on less than 10 fingers as young men and women raised on Island farms choose post-secondary education leading to other careers or to trades rather than following in the paths of their forebears. On Manitoulin, as in virtually every rural area in Canada, young people out-migrate initially for education and then for jobs in larger centres.

In spite of this, Manitoulin hangs on to her agricultural heritage as Manitoulin ag rep Brian Bell indicated to a ‘Future of Farming’ meeting two weeks ago that 152,000 acres of Manitoulin Island is deemed to be farmland (85,000 acres of which are ‘unimproved pastureland’). The census report, he also explained, indicates there are 235 farms here, 190 of which report beef cattle sales and six of which are dedicated primarily to dairy farming. Mr. Bell also indicated there are over 16,000 cattle grazing here.

The fact that the large British Columbia-based Blue Goose company is choosing to purchase farmland on Manitoulin to expand its organically raised beef production to central Canada must be taken as a vote of support for the future of farming on Manitoulin Island and as a signal to young people that they should look at becoming actively involved in the family farm, possibly with a view to succeeding their parents and maintaining working farms within families, as a career option.

Ice Lake entrepreneur Max Burt and his family’s self-contained Burt Farm is an example of the niche marketing the Future of Farming meeting determined can enable small agricultural holdings to become successful based on the production and marketing of a quality product to targeted consumers.

For most of Canada’s history, until very recently in fact, a family farm in Ontario consisted of as little as 100 acres and the farm’s “success” was defined in terms of its ability to support the family that farmed it, allowing the older generation to eventually retire while the upcoming generation gradually took over the farm’s entire operation.

The basic agricultural unit, in terms of acres under cultivation and available for pasture, is larger now everywhere in this province than it was a half-century ago.

On Manitoulin, virtually every existing farm operation either owns or has rental access to enough land to meet or exceed the minimum critical mass required for viability, all other things being equal.

The Blue Goose investment in Manitoulin offers hope for a general agricultural renewal here. So does the intention of some members of Southwestern Ontario Mennonite communities to settle on Manitoulin, just as others from that agricultural community have already done on the North Shore in both the Massey and Echo Bay areas and, further east, in the Powassan area. In fact, the Future of Farming on Manitoulin meeting was attended by several members of this particular demographic who had learned of the forum through an advertisement in this newspaper.

The farming community, with assistance from provincial and federal agencies, is investing in itself through the construction of the abattoir facility near Providence Bay. For beef farmers, such a nearby plant can enable them to actually develop their own individual brands and market their product directly to their own local customer bases. Either that, or to join other Island producers and develop minimum standards and an Island-wide brand which every producer meeting the agreed-upon standards could claim as his or her own.

Based on the Blue Goose commitment to Manitoulin, the interest of members of the Mennonite community as well as many other farmers who have also already bought farmland here to either expand or relocate their southern Ontario farm operations together with the fact of the Manitoulin Community abattoir as well as the currency of the buy locally/100 mile diet phenomenon, the future of farming on Manitoulin appears very promising.

The trick will be to convince the youngest generation of farm families still operating farms, in many cases taken up and cleared by their ancestors a century or more ago, that staying right here will be useful to them and their own offspring.

Hopefully, all of these current signs and portents will encourage young people with an agricultural heritage to maintain their roots right here for any rural community is best served when at any time a substantial percentage of its citizens can relate to the experiences of several previous generations of the same family on the same land. If the agricultural enterprise is viable, the fact that the entire community has the social benefit of historical continuity is a bonus that money cannot begin to buy.