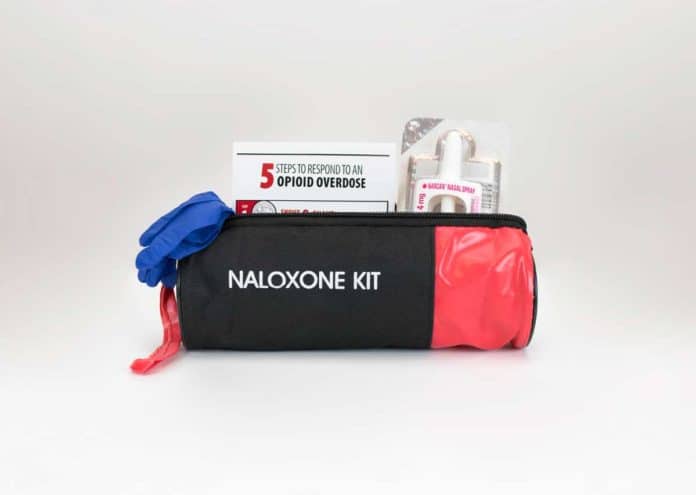 MANITOULIN – Manitoulin is, at this moment in time, covered by a pall of grief and sadness. This island community has been rocked by tragedy after tragedy in recent weeks, among those calamities several overdoses that, in a one-week span, claimed at least two lives.

Manitoulin is known for operating in ‘silos,’ each community and organization doing its own thing, but some community members are saying it’s time to break away from that mentality and come together to save lives.

Last Friday, November 20 The Expositor learned of the suspected overdose death of a young man of Little Current. This newspaper also learned that the overdose was the result of suspected purple heroin, or ‘purp’—pills or heroin laced with the deadly carfentanil. Concerned that this could be the start of a trend, an email was sent to Public Health Sudbury and Districts (PHSD) to see if a warning should be issued for the public, but nothing was received.

A week went by and another man, this time from Manitoulin’s West End, was found dead, the result of a suspected overdose. The Expositor also learned that at least seven overdoses occurred in M’Chigeeng First Nation on the weekend following the Little Current man’s death, but still no warnings or alerts were issued. This, of course, is only the most recent slate of overdoses on Manitoulin.

Last Friday, November 27, PHSD responded to a second email from The Expositor, again calling for action from the health unit.

Katie Gilchrist, a public health nurse at PHSD’s Mindemoya office, spoke with The Expositor on Monday. She said that in Sudbury, the Sudbury Community Drug Strategy works in partnership with PHSD, paramedic services and the Greater Sudbury Police Service to share statistics which can then raise alarm if a suspected trend is being seen.

Ms. Gilchrist explained that PHSD will then issue a drug alert if there’s a confirmed substance in circulation (such as carfentanil) or a drug warning if they are seeing evidence of a trend.

On Manitoulin, while there is a Manitoulin Drug Strategy working group comprised of organizations from across Manitoulin including PHSD, they admittedly do not have the same level of working relationship with Manitoulin-Sudbury District Services Board paramedic services and three Island police forces, but this is currently in the works.

Ms. Gilchrist urged any community group who is seeing an increase in overdoses or has learned of a suspected deadly substance circulating the Island community to please contact PHSD’s Mindemoya office by calling 705-370-9200.

One M’Chigeeng community member is glad to hear that a partnership like the one Ms. Gilchrist mentioned is in the works because they fear these silos are killing people.

“It’s definitely a frustrating issue; it’s such a vast problem,” the respected M’Chigeeng resident, who asked to remain anonymous, said. “All the parties that need to be involved in this drug problem operate in silos, which leads to more overdoses. How far is it going to go, keeping in mind that the pandemic, restricted travel and rules etc. is exacerbating the problem?”

The community member said they worried that the response to the opioid epidemic is so far reactionary rather than proactive. “Leadership is frustrated; the will to do something is definitely there,” they added, noting that funding is, of course, an issue to effectively deal with the problem too.

“It’s scary; it’s maddening; it’s frustrating,” they continued. “Manitoulin is going through a lot right now. All this sadness manifests itself through substances for many people, be it food, drugs, alcohol, sex or video games.”

The M’Chigeeng resident said they believe counselling, and understanding the trauma behind the need to self-medicate, is key to solving the epidemic. Counselling, along with aggressive police against the traffickers, is also important, they believe.

“Community leadership, law enforcement and health care fields need to really get proactive and work together,” the M’Chigeeng resident reiterated. “It definitely requires a multi-pronged approach. We can’t wait until tomorrow; these things need to happen now.”

“I realize this is hard to begin with, let along in the midst of a pandemic,” they said. “It’s a perfect storm.”

The concerned community member pointed to the recent slate of seven overdoses, which occurred over the weekend of November 21. They said there is often a rise in overdoses following an increase in cash flow, such as baby bonus cheques or Ontario Disability Support Program.

“The numbers we heard (of overdoses), you can typically multiply that times two. Those numbers are fairly consistent over the last number of months,” they added.

Thankfully, they shared, the opioid antagonist naloxone is being used in good numbers among the substance users in the community, which is saving lives. They said they hope to see an even greater effort in seeing these life-saving kits distributed to vulnerable members of the community.

There is also the trickle-down effect this silent epidemic is having on the community, such as employers having a hard time retaining employees, an increase in drug paraphernalia in the community and, perhaps most troubling, prostitution. The community member shared with this newspaper a conversation they had had with a young woman in recent weeks. They had been propositioned by out-of-town drug dealers for sex in exchange for drugs. If drugs were not to their liking, they would be willing to pay money. This story is not unique to this one young woman, either, they added.

While the M’Chigeeng resident said they were glad to see steps being taken, both by the PHSD and the Manitoulin Leadership Committee (which is rallying to try and obtain statistics from the various partners on drug use and overdoses), they hoped to see things move quickly as “lives are literally on the line.”

“It’s a problem that’s affecting all of us; we have to work together.”

The following is a list of ways to prevent overdoses and save lives provided by PHSD: Avoid using drugs when you are alone. If this is not possible, ask a friend to check on you; reduce your risk of COVID-19 infection by staying at least six feet away from other people; if possible, call someone before using drugs. They can call 911 if you become unresponsive; when using drugs with a friend, do not use at the same time; when switching substances or if you have not used in a while, start with a lower dose; Carry a naloxone kit. Get your free kit at your local pharmacy today; use multiple doses of naloxone, as needed; call 911 if you suspect an overdose; avoid mixing drugs, including prescribed, over the counter and illegal drugs; and avoid drinking alcohol while using other drugs.

Boil water advisory issued for the Town of Killarney 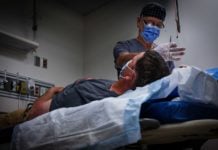 Sudbury, Algoma close to top of opioid deaths in Ontario 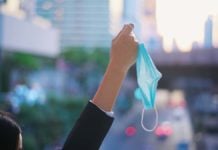