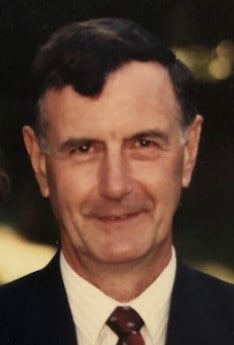 NORMAN GORDON LUFF
Remembered with love and joy, Norman Luff died peacefully at Brantford General Hospital on Sunday, December 13, 2020 in his 87th year. He enjoyed a life well lived with his wife Janice Chafer, married 64 years. Together they raised four daughters, enjoyed 13 grandchildren and six great-grandchildren. Norm will be missed by daughters Lori Rayner (George) and their children Abigail, Joshua (Joanne), Zachary (Stefania) and Jessica (Michael); Jody Elliott (Lee) and their children Becky, Nick (Marley) and Hannah; Trudy Bell (George) and their children Lyndsay Billington (John) and Josh (Shannon); Amy Thorp (Joel) and their children Emily, Sarah, Libby and Chloe. Great-grandchildren Moriah, Jachin, Samuel, Joseph, Benjamin and Raquella Billington. Dear brother of Fred Luff (the late Gloria), David Luff (Edith) and Donald Luff (Miriam). His brother-in-law Dennis Chafer (Diane) and sister-in-law Cathy Magee (Franklin). He will be missed by his many nieces and nephews as well. A former technical high school teacher primarily at North Park Collegiate, Norm was passionate about sharing his expertise with students. He was
always willing to help others and assist in any way he could. This desire came from his deep faith and belief that serving others was a way of life. He was a devoted member of the Christadelphian community and served faithfully in many capacities throughout the years. Norm will be greatly missed by family, friends and his church community as he awaits the resurrection. A private family visitation was held at the McCleister Funeral Home, 495 Park Road North, Brantford on Saturday, December 19, 2020. Cremation has taken place. Memorial donations made to the Canadian Cancer Society, Alzheimer Society or charity of your choice is gratefully appreciated. Condolences and memories may be shared with the family at MccleisterFuneralHome.ca, McCleister 519-758-1553.