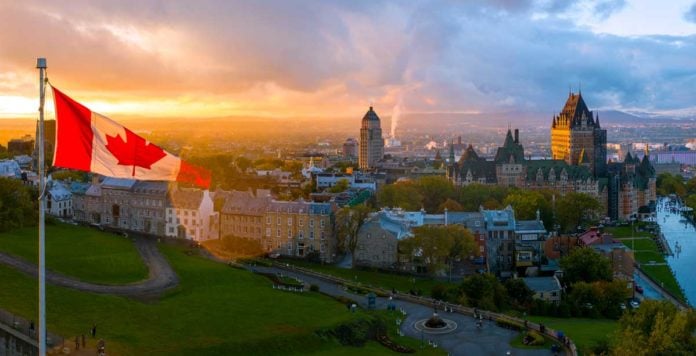 ﻿MANITOULIN—The 50th anniversary of the October Crisis and the only peacetime invocation of the War Measures Act has brought the traumatic and tragic events of half a century ago back to the fore. As is often the case, those events are now being viewed through today’s lens and the invocation of the War Measures Act by then-prime-minister Pierre Trudeau remains controversial and his response to the question of how far he would go, “just watch me,” has entered the national lexicon.

The Expositor caught up with a few Manitoulin residents who had a front row view of history in the making for their recollections of the events we now know as the October Crisis that played out exactly 50 years ago.

Quebec society in the 1970s was greatly influenced by what became known as the Silent Revolution, a realignment of Quebec society and political culture that began with the election of the Liberal government of Jean Lesage in 1960. During the Silent Revolution, Quebec turned its back on the ultra-conservative and religious (Roman Catholic) control of the social, political and economic levers that had dominated the province up to that time. Taking over control of the province’s natural resources from foreign investors and education and the social safety net from the church, the province was set on establishing its unique identity within Canada.

Many in the province wanted to go further, however, and break away from the Dominion of Canada to establish a French speaking nation. Provincial politics split into two distinct camps—the federalist Liberals and the sovereigntist Party Quebecoise. Part of the sovereigntist movement went even further, seeking to wrest power through revolutionary means and insurrection, and the members of the largest of those groups formed the terrorist organization Front de libération du Québec (FLQ).

Between 1963 and October 1970, the FLQ set off 950 bombs in the province, with mailboxes in anglophone neighbourhoods a particular favourite. The single largest FLQ attack targeted the Montreal Stock Exchange on February 13, 1969 causing massive damage and injuring 27 people—but other prominent targets included Montreal city hall, the RCMP and Eatons. Eight people had already been killed by terrorists in attacks before that fateful October in 1970.

“It was a scary time,” recalled Mr. MacNevin. “The FLQ had been blowing up mailboxes for five, six, seven years. Nobody wanted to go anywhere near a mailbox to mail a letter.”

It was October of 1970 and Mr. MacNevin was in his second year when “all hell broke loose.”

On October 5, British diplomat James Cross was kidnapped from his home at gunpoint by two members of the “Liberation Cell of the FLQ; five days later, Pierre Laporte, Labour minister and deputy premier of Quebec, was seized from the lawn of his home by the “Chenier cell.”

The atmosphere in Quebec was electric, but much of the rest of the country did not yet register the events in Quebec as a nation-shaking crisis. That was soon to change.

Former principal secretary to Pierre Trudeau (and later Justice minister) Marc Lalonde and Irwin Cotler, advisor to then Justice minister (and future prime minister) John Turner spoke to TVO’s Steve Paikin about the background leading up to the invocation of the draconian War Measures Act and the subsequent suspension of civil liberties and massive arrests that took place in its wake. Both men, who were in unique positions to know, maintain that despite his bellicose demeanor, Mr. Trudeau was extremely reluctant to invoke the act.

The military had already been sent in to assist the provincial civil authorities following an October 15 request made to the federal government by all parties in the Quebec legislature (including the Parti Quebecoise). That resulted in sights that shook Canadians to their core.

“I lived in Longueuil, along the South Shore,” recalled Mr. MacNevin. “I went into the city to go to class, there were armoured troop carriers, soldiers carrying machine guns, in some situations, there were even tanks in the streets.”

In a less-than-inspired decision, it was the English-speaking Van Doos who were first given the assignment. The concerns of civil insurrection were very real, but sending in the only English speaking military unit in the area added a whole new dimension, noted Mr. MacNevin.

On October 16 then-Quebec premier Robert Bourassa formally requested emergency powers be granted by Ottawa and the War Measures Act was declared, suspending habeas corpus and vastly extending police powers of arrest. The next day the Chenier cell announced the execution of Mr. Laporte and things went to a whole new level.

“They came into the classroom and arrested my economics professor,” recalled Mr. MacNevin. “He was very political and had some radical ideas at the time. He was probably held for 20 days without being charged with anything.”

“They were taking people off the streets because they looked like they might be radicals,” said Aimee Anglin of Mindemoya, who along with her husband Perry were in Ottawa during the crisis. The Anglins were very involved in government circles at the time, being close friends of both the former prime minister Lester B. Pearson and Mr. Trudeau.

“We were at a party where there were a lot of prominent folks,” recalled Mr. Anglin. “Gerard Pelletier came to the party, but he stayed out in the hallway to chat for about half an hour. He didn’t want to come in and bring his soldier with him.”

“They were behind him in the hallway with their machineguns in their hands, the safeties off,” said Ms. Anglin.

“We had a house in the Gatineau at the time and they were searching for Mr. Cross right across the lake,” said Mr. Anglin.

“Sound carries across the water very well,” noted Ms. Anglin, but she agreed the searches being conducted were anything but polite, quiet affairs.

In another incident, Mr. MacNevin was attending a party at a student residence when the Surete du Quebec (provincial police) breached the doors to the apartment and took one of the party-goers into custody. “Turns out it was Sue Lemieux, sister of the FLQ lawyer, Robert Lemieux,” said Mr. MacNevin. “I left the party after that.”

They weren’t alone. As many as 497 individuals, many of them prominent Quebecers, were rounded up by heavily armed police backed up by soldiers. Some 3,000 were searched under the provisions of the act.

The invocation of the War Measures Act was an extremely popular decision at the time, within both the nation’s solitudes. As Mr. Cotler pointed out during  his interview on TVO’s The Agenda. “89 percent of anglophones and 86 percent of francophones supported the decision (citing the results of a December 1970 Gallup poll).” But many prominent Quebecers, including eventual premier Rene Levesque and Le Devoir publisher Claude Ryan, had previously called for negotiations and “the exchange of political prisoners.” As Mr. MacNevin pointed out “people’s views tended to be impacted by whether their friends were among those getting hauled away.”

“On a lighter note, some of the wives of cabinet ministers were not that unhappy to have the soldiers around,” said Ms. Anglin. “They said they would put them to work as babysitters—and they did!”

Mr. Anglin and his wife were soon headed to England to study for a year and he stopped in to see Mr. Pearson to ask for some advice. But all the former prime minister wanted to talk about was the War Measures Act and how Mr. Trudeau was handling it.

“He was very upset,” recalled Mr. Anglin. “He did not like the tone of Pierre Trudeau’s address to the nation. He felt the address was very confrontational and that this was a time for rapprochement and negotiation.”

Not everyone was happy with the invocation was happy, even outside Quebec.

“I went into the public gallery to watch the debate,” recalled Mr. Anglin. He found himself admiring the stance on the basis of the NDP’s David Lewis concerned about the loss of civil liberties.

“Both Tommy Douglas and Lewis spoke out against the act, but I was particularly struck by the eloquence of Mr. Lewis,” he said.

Former Manitoulin Publishing Co. publisher Rick McCutcheon was among those who initially felt the War Measures Act was going too far. “I knew people who had been arrested in Quebec with cause under the War Measures Act. One was a political science grad student who had some Karl Marx book in his van,” he recalled. “They were teaching tools but he was stopped in Hull, near where he lived, the officer saw the books and said something about ‘communist’ and hauled him away. Friends were going to an anti-War Measures Act rally on the Sunday and I decided to join them. It would have been my first and only protest.”

“Suddenly, the news came on that Pierre Laporte had been murdered by the FLQ. It was a full bar with a lot of noise, but suddenly you could have heard a pin drop,” said Mr. McCutcheon. “Women started to cry. Everyone left. I didn’t go to the rally so my record remains protest-free.”

The nation was stunned.

In what can only be described as a baby and bathwater moment, or perhaps an example of how then BC premier W.A.C. “Wacky” Bennett got his nickname (aside from the obvious play on initials), the BC premier decided that the War Measures Act was an ideal opportunity to crack down at the other end of the country, instituting an act that prohibited any teacher expressing sympathy with the FLQ.

The mayor of Vancouver went several steps further and announced he would use the act to run hippies and US draft dodgers out of town (he never actually did, his antics outraged even the most conservative of Vancouverites). Still rumours at the time circulated that the act was being used to target political enemies on the west coast.

Mr. Anglin recalls that the party he and his wife attended, which included the aforementioned Mr. Lalonde, hosted a private meeting upstairs where concerns ran high.

“The feeling at the time was that Mr. (Robert) Bourassa, the premier at the time, was too weak-kneed and not up to the job of keeping the lid on,” he said. “They were discussing the possibility of setting up a provisional government under Claude Ryan. That gives you an idea of just how extreme people’s thinking at the time had become.”

In the end, that plot too came to nought. “It was all just talk,” said Mr. Anglin.

In the aftermath of the crisis, a number of FLQ members were captured and a deal was brokered that saw the British diplomat released and the terrorists flown to sanctuary in Cuba with the blessing of dictator Fidel Castro. “Presumably, jailing them in Canada would have given them nearly martyr status for the extremist fringe,” suggested Mr. McCutcheon.

“By the time Aimee and I were headed to England in December, everything was back to normal,” said Mr. Anglin. The crisis was over, but the repercussions continued to reverberate down to the present day.

The Steve Paikin TVO interview can be viewed at the TVO.org website along with transcripts of the various panel discussions he hosted on the October Crisis.

Charter of Values is political opportunism at its worst