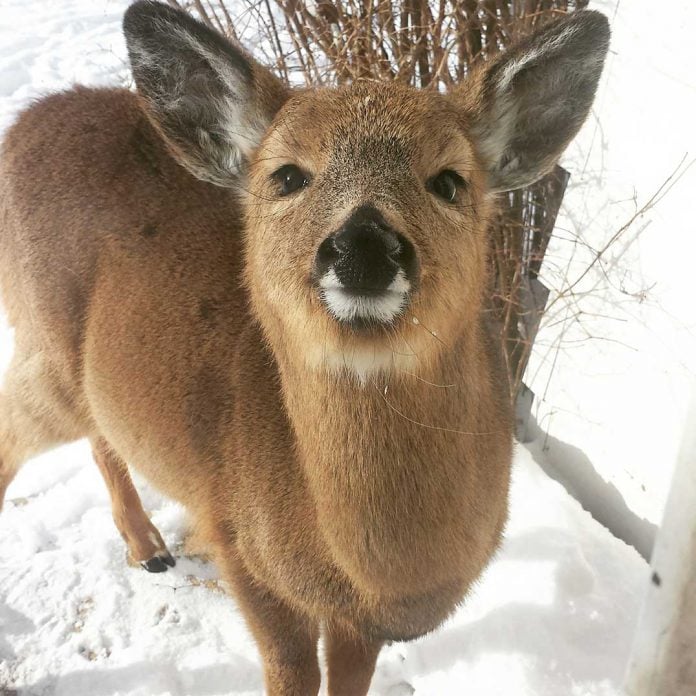 PETERBOROUGH—Wednesday, July 15 marked the first step of a major victory in the Ontario Federation of Anglers and Hunters’ (OFAH) fight to keep chronic wasting disease (CWD) in deer, elk and moose out of Ontario. The Ministry of Natural Resources and Forestry (MNRF) is proposing to clamp down on how the deer farming industry can move animals into, through and within Ontario and further regulate high-risk parts and products. This is something the OFAH has been advocating for and is a major accomplishment in the fight to keep CWD out of Ontario.

“Yes, this is major news, and all of the amendments being proposed are pretty big components in keeping CWD away,” Keith Munro of the OFAH told the Recorder on Friday of last week.

The Ontario government is seeking public input on the proposal to increase protection for the province’s wildlife populations from CWD.

CWD is a progressive, fatal disease that affects members of the cervid family—deer, elk, moose and caribou. While it has not been detected in Ontario, it is important for hunters, wildlife management and the general public to remain vigilant. CWD was discovered in 2018 on a deer farm in Quebec, close to the Ontario border. It has also been found in all five US states bordering Ontario.

“We’re committed to doing everything we can to keep (CWD) out of Ontario and to preserve Ontario’s deer, elk and moose populations for generations to come,” said MNRF Minister John Yakabuski in a release. “I would like to hear from members of the public on our proposed measures to ensure they will work effectively in every part of the province.”

The government is proposing amendments to regulations under the Fish and Wildlife Conservation Act (FWCA) that would: prohibit people from importing into Ontario live, captive cervids from outside of the province, with some exceptions; prohibit people from moving live cervids from one part of Ontario to another, with some exceptions; expand the existing prohibition on the use or possession of lures, scents and attractants made from cervid parts to include any purpose beyond hunting; and expand the existing prohibition on import of high-risk parts of cervids hunted in other jurisdictions.

“All of the proposed changes are pretty big components,” said Mr. Munro. He explained currently the MNRF can only regulate the movement of native cervids by the deer farming industry. This severely limits their authority because the majority of farmed deer in Ontario are non-native. Red deer alone account for 59 percent of farmed deer in Ontario. In 2018, CWD was detected on a Quebec red deer farm only 15 kilometres from the Ontario border. However if adopted, these change’s will allow the MNRF to regulate the movement of all farmed cervids.

“The changes would restrict the movement of infected animals by the deer farming industry,” said Mr. Munro. CWD was first detected in Colorado in 1967 and was the main driver behind the spread across North America and beyond.  “CWD is now found in three provinces and 26 states, in large part due to infected animals being moved from farm to farm and jumping the fence. We’ve lobbied the province on this issue that not only native but all animals should not be moved from farm to farm. He stressed the lobbying efforts for this restriction also include a stipulation that compensation be provided to farmers.

Animals can be infected with CWD but show no symptoms. When moved from farm to farm, they spread the disease, which can then jump the fence and infect native wildlife.

The MNRF is also proposing to expand the existing prohibition on the possession and use of natural lures made from body parts of cervids. Right now, these are illegal for hunters to use but can still be purchased and used for other things like nature photography.

The proposals would further restrict which cervid parts can be brought into Ontario by hunters, allowing only cut (butchered) meat, taxidermy mounts, tanned hides and skulls, canine teeth and antlers from which all tissue has been removed.

CWD is highly infectious, incurable and 100 percent fatal to members of the cervid family, which includes Ontario’s native white-tailed deer, moose, elk and caribou as well as exotic species such as red and fallow deer.

“This is just a proposal at this point by the MNRF,” said Mr. Munro. The proposed changes are now available on the Environmental Registry of Ontario for public feedback until August 31.

To view the proposal, visit ero.ontario.ca and search for proposal number 019-2065.