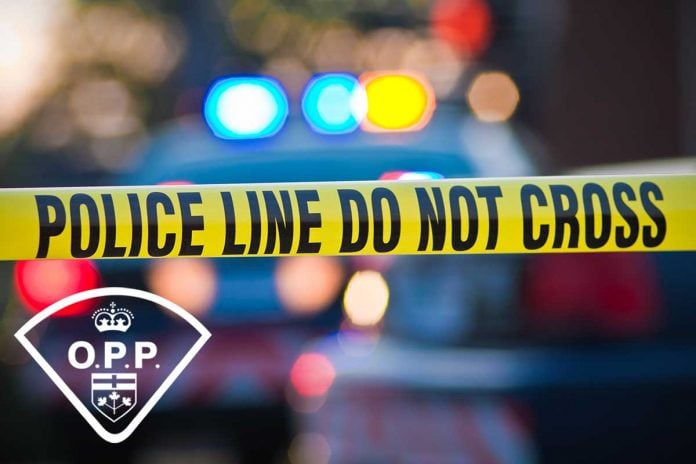 “The EDU is assisting in ensuring the scene is safe as there were improvised explosive devices located at the scene,” Kaitlyn Dunn, corporate communication officer with GSPS, told The Expositor. “Members of our EDU are taking the necessary precautions to ensure officer safety and community safety.”

As was reported previously, on Thursday, November 19, two officers with the OPP responded to a call regarding an “unwanted man” on a property just east of Gore Bay.

Shortly after they arrived, the officers located the individual who was inside a trailer. Investigators later revealed that the man on the property was 60-year-old Gary Brohman of Gore Bay.

Around 11 am on Thursday, Mr. Brohman and 52-year-old Provincial Constable (PC) Marc Hovingh exchanged gunfire. Both were fatally injured and both men were pronounced deceased in hospital that day.

While GSPS is investigating the death of PC Hovingh, Ontario’s Special Investigations Unit (SIU) invoked its mandate to investigate the November 19 incident. The SIU is a civilian agency that conducts investigations when police actions have caused death, serious injury or an allegation of sexual assault.

The SIU is now investigating two incidents on Manitoulin following the death of a 42-year-old male in Aundeck Omni Kaning on Friday, November 27.