“We’ve set a goal of $2,000 and we’re already at $1,070 now that we’re half-way through the campaign. We’ve had some amazing local donations and we’re going to have a Facebook auction for some really great Island pieces at the end of the month to round us out to our goal,” said Mercedes Burrowes, marketing co-ordinator at the brokerage and organizer of ‘Team Lip Ferret.’

Movember has its roots in Australia in 2003, when two friends decided that there were not enough mustaches in the modern world. They and 28 others vowed to grow a ‘stache for the sake of the style and to raise a small amount of cash for men’s health.

The next year, they officially turned it into a fundraiser for the Prostate Cancer Foundation of Australia. They drew 480 participants and raised more than $50,000.

It became an officially registered Australian charity in 2006 and expanded internationally for the first time, adding New Zealand to the challenge. It reached Canada in 2007 in collaboration with Prostate Cancer Canada and has only grown since that time, reaching Canadian charity status in 2011.

The Movember charity advocates for three main causes related to men’s health: suicide prevention and mental health, prostate cancer and testicular cancer. Its goal is to reduce premature male deaths by 25 percent one decade from now.

These are important causes—on average, a man dies by suicide every minute around the world. Men also make up 75 percent of suicides in Canada. On the cancer side, the charity aims to reduce the number of men who die of testicular and prostate cancer by half.

Testicular cancer particularly affects young men and prostate cancer is pervasive, occurring in one in every nine Canadian men at some point in their life.

These statistics resonated with Ms. Burrowes.

“I have three brothers and a stepdad, so when I look at the stats on men’s health they’re for sure the first people I think of. Last year, I had a friend of mine who lost their dad by suicide,” she told The Expositor. “That really opened my eyes that you never really know what somebody is going through behind closed doors. I wanted to open up the conversation for more people to know it’s okay to not be okay, and it’s okay to talk about what you’re going through—you don’t always have to be a strong face.”

Societal pressures have led many men to suppress their emotions and act tough when facing challenging circumstances, actions that can have considerably deleterious effects on one’s mental health and well-being.

In an effort to create a big campaign, Ms. Burrowes reached out to all of the brokerages on the Island to create a friendly competition to see which agency would raise the most money while growing out their ‘staches.

“Unfortunately, nobody else wanted to do this but in our office everybody was so game, even if they didn’t normally like growing out their mustaches,” said Ms. Burrowes.

Mustache-growing was not a universally feasible task for the Bousquet team. The three women who work in the office found a solution—they would contribute to Team Lip Ferret’s fuzz growth through surrogate stand-in mo’ representatives. Ms. Burrowes’ boyfriend Bryce Draper is sporting a soup-strainer on her behalf.

“Some of our agents were hesitant, like ‘really, we’re going to grow out our mustaches?’ but they knew it was for a good cause, even if their spouses might not like it,” she said with a laugh.

Agent Mathieu Page fundraised on his own for Movember last year and was a help in rallying the office to jointly support the cause.

Each week, Ms. Burrowes shares a collection of the mustache progress photos from each grower on the Bousquet Facebook page, along with links to donate to the campaign and educational information about the importance of the campaign.

It’s exciting to see the campaign coming together, said Ms. Burrowes, a recent marketing graduate from George Brown College who joined the brokerage as its marketing co-ordinator in July. This is the first campaign she has created and overseen.

“Thank you so much to everybody who’s donated. We appreciate it and I hope it turns into a yearly event that we do,” said Ms. Burrowes.

Anyone wishing to contribute to the Bousquet campaign can search for ‘Team Lip Ferret’ at movember.com/donate, or sign up to run a campaign of their own at the same website. 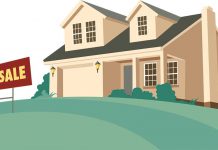 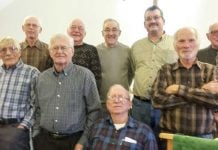