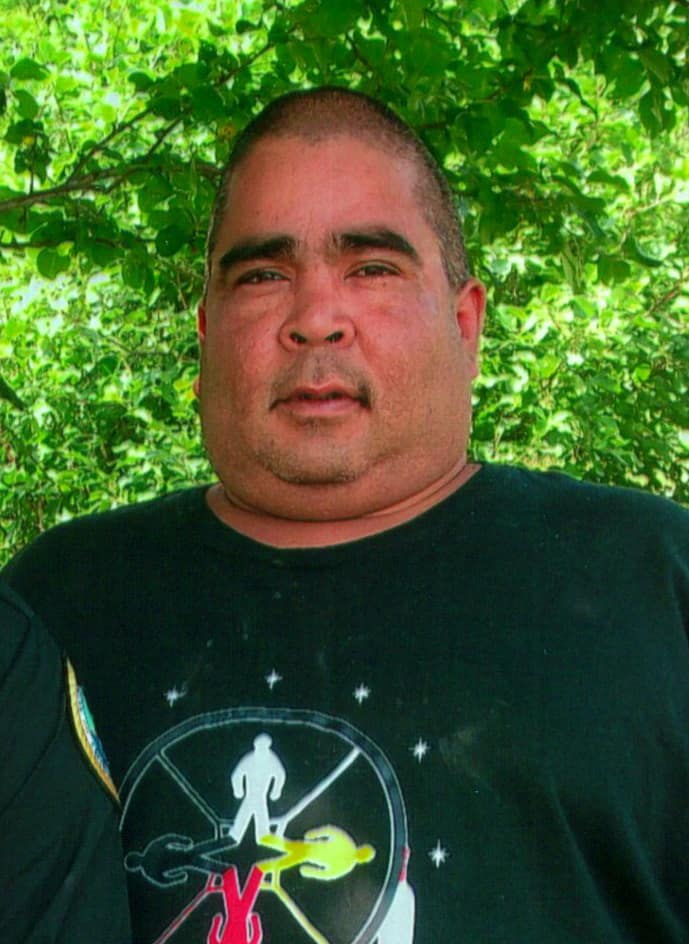 ROBERT “JASON” RECOLLET
October 7, 1972 – October 27, 2020
In loving memory of Robert “Jason” Recollet who passed away at University Hospital London Health Sciences on Tuesday, October 27, 2020 at the age of 48. Beloved son of Stanley and Bernadette Recollet (both predeceased). Jason will be lovingly remembered by his brother Luke (Tara), his sisters Robyn (Curtis), Beverly, Denise and Kimberly. Cherished by his godchildren McKayla and McKenzie. He will be sadly missed by his many nieces and nephews. Jason spent most of his time working outdoors as a cut and skidder operator. He enjoyed his gardening and working on his carvings. He had a great sense of humour and lot of laughs bugging his nieces and nephews. Rested at 52 Bayview Heights East, Wiikwemikoong, Ontario on Friday, October 30, 2020 after 3 pm. Funeral Service was at 52 Bayview Heights East on Saturday, October 31, 2020 at 11am with burial in the Wiikwemkoong Cemetery. (Arrangements entrusted to the Jackson and Barnard Funeral Home).