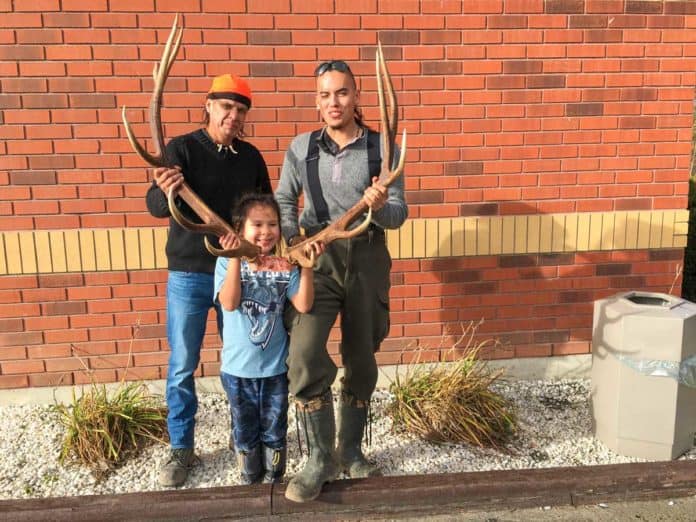 The elk was 394 metres away, 1,292 feet in British parlance, so far away that as Mr. Manitowabi slowly let out his breath and gently squeezed the trigger, the loud report of the rifle had passed before the slug hit home.

When he reached the carcass, Mr. Manitowabi and his nephews discovered that the Wiikwemkoong hunter had nailed the shot. “Right in the armpit, a lung shot,” he said.

The shot was impressive and the elk massive, so the real work began as the hunting party set about dressing and preparing the meat for transport home to the waiting freezers.

“My nephews were impressed and so appreciative,” said Mr. Manitowabi. As he switched from hunter to butcher he was able to “teach them what I’ve been taught in preparing the process of harvest for their families.”

When the summer months come in normal times, Mr. Manitowabi can be found in traditional Anishinaabe regalia, taking part in powwows across the region, but his engagement in a traditional lifestyle extends far beyond the dance arena to form a foundation of his everyday life.

“I kept the ivories from the elk’s jaw and will wear them as a gift from my Dbendijig for providing such a harvest,” he said.