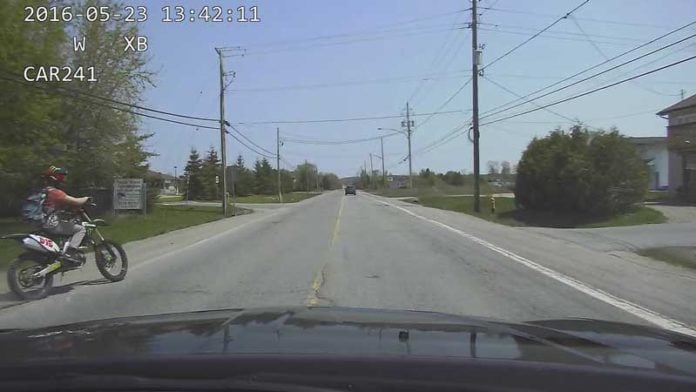 On May 23rd, 2016, at approximately 1:40 p.m., a Police Officer attempted to stop a dirt bike on Main Street in Val Caron, as dirt bikes are not permitted to be on the highway.  The dirt bike rider failed to stop for Police when directed to do so, and the driver drove off at a high rate of speed heading East on Main Street towards Elm Street.

The rider is a male, wearing; a red t-shirt, beige pants, black helmet, goggles that have a red band and he was carrying a back-pack.

The dirt bike has the marking B16 in red on the side.  A photo is attached.

Anyone with information is asked to contact Police at 674-7511 or Crime Stoppers at 222-TIPS, online at www.sudburycrimestoppers.com or by texting TIPSUD and the information to CRIMES (274637).