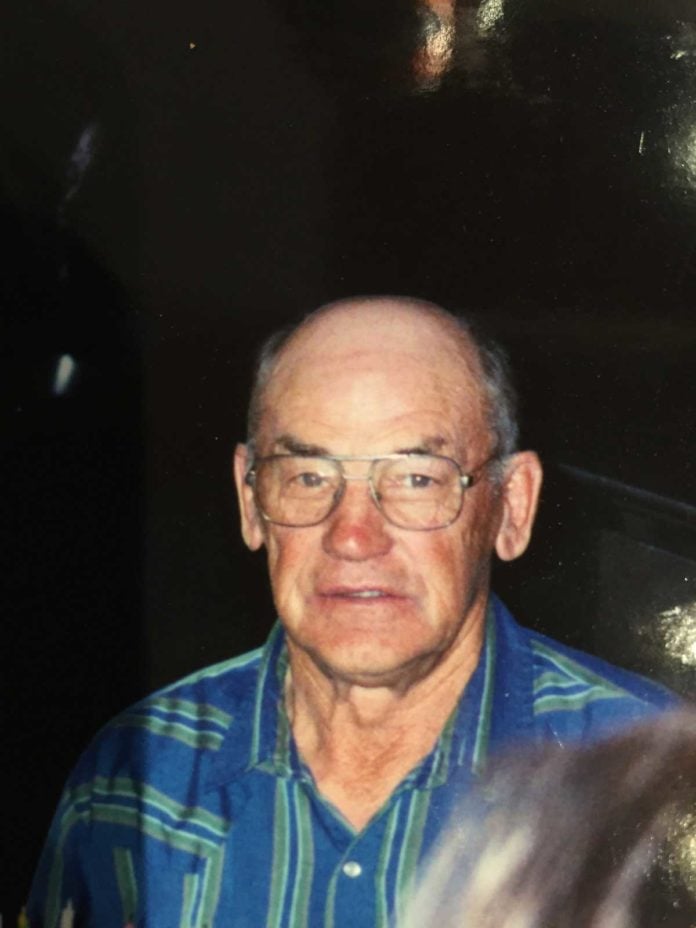 WILLIAM WALTER RALPH MOGGY
October 30, 1928 – January 3, 2022
Ralph passed away peacefully at the Wikwemkong Nursing Home early evening January 3, 2022. He was born and raised on the family farm in Bidwell by parents Reid and Nina and later step-mother Ruth, along with sisters Leona (Herb Reid) (both predeceased), Eileen (Earl Leeson predeceased), Caryl (predeceased) (Barb) and half-brothers Melvin (Linda) and Bruce (Joanne). Ralph was a farmer his whole life except for a brief stint with hydro, when the lines came through the Manitowaning area. He attended school in Bidwell and played ball at the local ball diamond there as well. Winters he helped his father logging in the bush but his passion was farming from the beginning to the very end of his life. He married Audrey Lewis (predeceased) and raised six sons, Larry (Sue), Dallas (predeceased) (Noella), Blaine (Fran), Royce (predeceased), Marvin and Terry (Joyce). He is also fondly remembered by sister-in-law Jeannine Lewis (Jim predeceased), his grandchildren Devin, Derrick, Angie, Darcie, Andrew, Amanda, Geoffrey, Melissa, Matthew, Kendra and Dylan, as well as great-grandchildren and many nieces and nephews. At one time Ralph had one of the largest beef herds in Northern Ontario which was a source of pride for him and a testament to his hard work and love of farming. He could often be heard singing above the sounds of the tractor as he worked the land. Ralph coached hockey for many years and was an ardent fan of “Hockey Night in Canada.” He was known as a quiet, hard-working and honest man who when meeting friends and strangers alike always asked “How are you today?” Donations in memory of Ralph can be made to the Wikwemikong Nursing Home Building Fund.